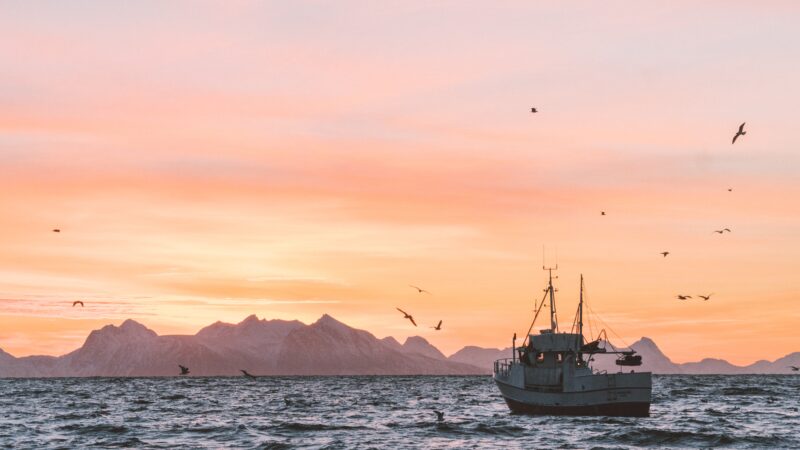 China is Emptying Our Oceans

By Joseph Hammond — 2 weeks ago

The Coronavirus disrupted global food distribution networks and in the aftermath of ‘World War Virus,’ it will be more important than ever to address the issue of illegal, unreported, and unregulated (IUU) fishing. Globally, seafood consumption has continued to climb in recent years as the unprecedented growth of a middle class around the globe has resulted in an increased demand for seafood. At least 3 billion people rely on farmed or wild-caught seafood as their primary source of protein, while over 4.3 billion people get at least 15% of their animal protein intake from fish and other seafood.

IUU fishing also contributes to other problems such as terrorism in both East and West Africa. In Asia they contribute to a growing number of maritime border disputes that are often rarely discussed.

Former U.S. Navy Admiral and NATO commander James Stavridis warned in a 2017 article that China was spending hundreds of millions of dollars to subsidize vessels involved in IUU fishing. Late last year the United States government has warned that China’s illegal fishing practices could start a conflict in the region.

In 2020, a Japanese destroyer Shimakaze recieved a one-metre hole in its hull after colliding with a Chinese fishing vessel 650km west of the Japanese island of Yakushima. Two fishermen aboard the Chinese vessel were reportedly injured. That violent confrontation came weeks after a similar alarming incident involving the Taiwanese Coast Guard and Chinese speed boats last month. Farther afield the Argentine coastguard fired upon and sunk Chinese vessels illegally fishing in Argentina’s exclusive economic zone.

Of course, China isn’t the only country using its fishermen in this way. Vietnam and the fishing fleets of other countries have been accused of using their fishing fleets as “militia“. When Indonesia last year launched a major operation to crack down on IUU fishing it its territorial waters, it destroyed 51 foreign vessels but only two of which were Chinese flagged.

Yet, there is no denying the large number of vessels involved in IUU fishing hail from China a country which since 2002, has also been the world’s largest exporter of sea food. China’s rise to dominance in the sea food industry was rapid. In less than two decades the Communist country built the largest deep-water fishing fleet in the world with some 3,000 vessels. Yet, that number fails to show Chinese influence on the global fishing industry. Indeed the EJF report revealed that 90% of Ghana’s industrial trawl fleet is linked to Chinese owners though often locally registered under Ghanaian companies.

Chinese authorities have reluctantly admitted to having a problem. Several new regulations have been announced including a blacklist for Chinese company executives and boat captains who engage in IUU fishing. Furthermore, under the current Chinese policy, no vessel is supposed to fish within three miles of the exclusive economic zone of any country (EEZ). Yet, its enforcement of these measures can often vary on the jurisdiction.

“In the Bohai Sea, the Yellow Sea and most of the East China Sea (in waters they have clear jurisdiction over), they are taking IUU fishing very seriously because IUU fishing has a directly felt impact on domestic sustainability and food security…,” says Tabitha Grace Mallory, a leading expert on Chinese fishing practice, “China’s annual fishing moratorium only extends to 12*N latitude, so any fishing below that (which is where the Spratlys are) is pretty much a free-for-all.” China provides large subsidies to fishing fleets that operate in that area.”

Of course the problem of subsidies in particular is peculiar to more than just China. The European Union has quietly reintroduced subsidies to help overgrow its fishing fleet. Unless measures are taken to end such harmful subsidies, the stomachs of those who live above the water will soon feel the impact as well.

“The long-distance water fishing fleet is responsible for the majority of IUU fishing incidents linked to Chinese-flagged dishing vessel – and considering that the operation of the foreign fishing fleet is only possible due to state subsidies – China needs to cut all of its fishing subsidies. For that matter, the European Union needs to do the same with its long-distance fleet,” says Peter Hammarstedt of Sea Shephard.

The Sustainable Development Goals (SDGs) call for countries to abandon fishing subsidies in the interest of food security. The goals were approved by the United Nations General Assembly in 2015 and are meant to be achieved by 2030. The fourteenth SDG goal “Life Below Water” calls on all nations to: “prohibit certain forms of fisheries subsidies which contribute to overcapacity and overfishing; eliminate subsidies that contribute to illegal, unreported and unregulated fishing; and refrain from introducing new such subsidies.”

China is a signatory to these goals. As are the European Union and a number of OECD  countries who contribute to the problem of IUU fishing. If more isn’t done soon to address this problem both in Asia and around the world there will be a lot more empty grocery store shelves and a lot more empty stomachs.