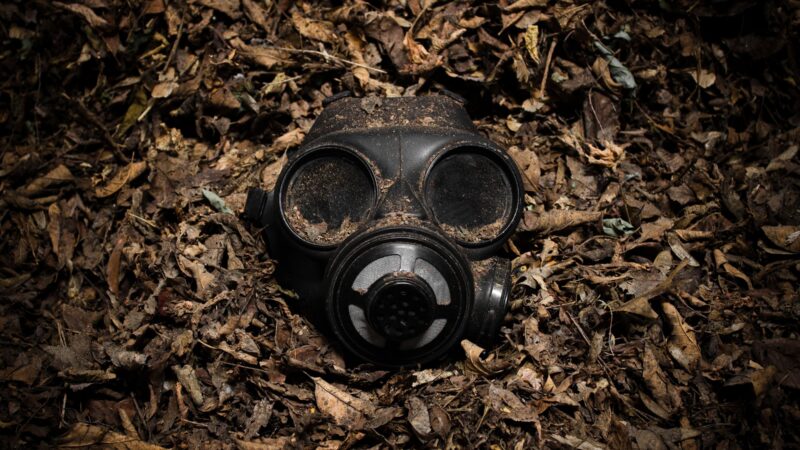 By Daniel Hawker — 3 weeks ago

In the aftermath of the Cold War, a 45-year ideological struggle between the two major superpowers, the USA and USSR, several political scholars have offered forecasts concerning the future of conflict and the geopolitical climate post-1991. Two men rose to dominate the debate, one encapsulating a liberal perspective and the other a realist one – and in the decades since, their ideas have come to form the foundations of modern international relations theory.

The first was the political scientist and economist Francis Fukuyama. A Cornell and Harvard alumnus, Fukuyama proposed his thesis in an essay titled ‘The End of History’ (1989), and later expanded on it in his book The End of History and the Last Man (1992). Essentially, he posits that with the collapse of the Soviet Union came the resolution of the battle of ideas, with liberal democracy and free trade having emerged as the unchallengeable winners.

Society, according to Fukuyama, had reached the end of its ideological evolution – global politics has, since the fall of the USSR, been witnessing ‘the universalisation of Western liberal democracy as the final form of human government’. Indeed, we’ve certainly seen a massive increase in liberal democracies over the past few decades, jumping from 35 in 1974, to 120 in 2013 (or 60% of states). Additionally, the broad adoption of free trade and capitalism can be seen as delivering benefits to the global economy, which had quadrupled since the late 1990s.

Even communist states, Fukuyama said, would adopt some elements of capitalism in order to be prosperous in a globalised world economy. For example, the late 1970s saw reformists (such as Chen Yun) dominating the Chinese Communist Party and, under Deng Xiaoping’s leadership, the socialist market economy was introduced in 1978. This opened up the country to foreign investment, allowed private individuals to establish their own businesses, and privatised agriculture – these monumental reforms have resulted in spectacular economic growth, with many forecasters predicting that China will overtake the US as the world’s largest economy by around 2028. We’ve seen further evidence of this turn away from communism in favour of capitalism and freedom: upon its founding, the Russian Federation explicitly rejected the ideology, and many former Eastern Bloc states have enthusiastically adopted liberal democracy, with many also having since joined the European Union.

Regarding the example of China, however, the suppression of freedoms and rights has also been a staple of the CCP’s rule, especially under the current leadership of Xi Jinping. This links to a broader and fairly major critique of Fukuyama’s thesis: the growth of authoritarianism across the globe. With Law and Justice in Poland, Jair Bolsonaro in Brazil, and Rodrigo Duterte in the Philippines (not to mention various military coups, including Turkey in 2016), liberal democracy is undeniably under threat, and clearly not the globally agreed-upon best system of government (this is particularly concerning as it applies to two major powers, China and Russia). Furthermore, 9/11 and the 7/7 bombings serve as pretty hallowing examples of an ideological clash between Western liberalism and Islamic fundamentalism – more broadly radical Islamism has emerged as an ideological challenger to both the West and to secular governments in the Middle East and North Africa.

The second was the academic and former political adviser Samuel P. Huntington. A seasoned expert in foreign policy (having served as the White House Coordinator of Security Planning for the National Security Council under Jimmy Carter), Huntington laid out essentially a counter-thesis to Fukuyama’s, which first took the form of a 1993 Foreign Affairs article, and then a book in 1996, The Clash of Civilisations and the Remaking of World Order. Conflicts in the past, Huntington argues, had been motivated by a desire primarily for territorial gain and geopolitical influence (e.g.  colonial wars of the nineteenth and twentieth centuries were attempts to expand the economic spheres of influence of Western imperialist powers).

However, in the 21st Century, the primary source of global conflict will be cultural, not political or economic (and will be primarily between Western and non-Western civilisations). Thanks to globalisation and increasing interconnectedness, people will become more aware of their civilisational roots and of their differences with others – they will aim to entrench and protect these differences, rather than seek common ground with other civilisations.

Huntington also highlighted the possible revival of religion, Islam in particular, as a major potential issue: it would come to represent a challenge to Western hegemony in terms of a rejection of Western values and institutions. His Foreign Affairs article featured the line ‘Islam has bloody borders’, suggesting that the Islamic civilisation tends to become violently embroiled in conflict with periphery civilisations – Huntington cites the conflicts in Sudan and Iraq as major examples.

It is clear, although still a touchy subject for politicians and policymakers, that Radical Islam poses a serious threat to the safety and stability of the Western world. Aside from aforementioned terror attacks, the rise of extremist fundamentalist groups such as the Taliban in Afghanistan and al-Shabaab in Somalia represents a larger opposition to Western values. However, Huntington’s failure to consider the deep divisions within the Islamic world (especially between Sunnis and Shias) is a major criticism of his argument. Additionally, many of the civilisations he identified show little interest in a clash with the West, mainly as it wouldn’t be in their economic interest to do so (such as India, Japan and Latin America, who are all very interdependent on Western powers).

The Clash of Civilisations thesis does, however, offer a number of steps that the West could take to prevent a potential clash. It should pursue greater political, economic and military integration, so their differences will be more difficult to exploit. Just last year we saw a clear example of this, in the form of AUKUS, the security pact between Australia, the UK and the US.

NATO and European Union membership should be expanded, with the aim of including former Soviet satellite states, to ensure they stay out of the Orthodox sphere of influence. Fortunately for the West, 2004 alone saw NATO admit Romania, Bulgaria, Latvia, Lithuania, Estonia, Slovakia and Slovenia, followed in 2009 by Albania and Croatia. The military advancement of Islamic nations should be restrained, to ensure they don’t pose a serious threat to the West’s safety – a clear example of this is the 2015 Iran Nuclear Deal, reducing the nation’s stockpile of uranium to ensure it couldn’t become an anti-Western nuclear power.

Finally, the West must come to recognise that intervention in the affairs of other civilisations is ‘the single most dangerous source of instability and conflict in a multi-civilisational world’. This is a message that Western politicians have certainly not heeded, especially in regards to the Islamic world – troops were sent into Darfur in 2003, Afghanistan in 2001, Iraq in 2003 and Libya in 2011.

In his 2014 book Political Order and Political Decay: From the Industrial Revolution to the Globalization of Democracy, Fukuyama argues that his ‘End of History’ thesis remains ‘essentially correct’, despite himself recognising the current ‘decay’ of liberal democracy around the world. Both scholars’ predictions have, at periods of time in the post-Cold War era, looked very strong and, at other times, laughably incorrect and misguided. Both Fukuyama and Huntington still offer valuable insights into global dynamics between cultures, as well as the future of global tensions and conflict. However, both theses are undercut by the modern global landscape: democracy is currently on the decline, which undercuts Fukuyama, and civilisational identity remains limited, which undercuts Huntington. Regardless of who got it right, both men have undeniably pushed the debate surrounding the international order to new heights, and will no doubt be remembered as intellectual titans in decades to come.