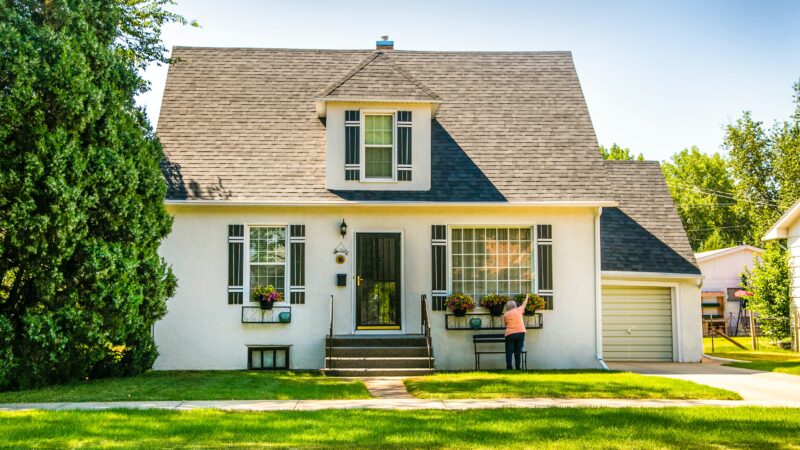 Forget The Greenbelt: YIMBYs Should Focus On Permitted Development

By Alice Cassandra — 3 weeks ago

Britain needs housing. We all (aside from a tiny minority who don’t understand the concept of household formation) know this. And those of us who want that housing all know exactly who is to blame for the lack of supply: those dastardly NIMBYs and their unenlightened self interest in keeping property prices high.

Perhaps, though, that’s not the whole story. Almost everyone agrees that we need more homes, even if they don’t agree that those homes need to be near them. When you look at opposition to new housing, a pattern emerges – most opposition to housebuilding is opposition to concreting fields with deanoboxes, rather than an ideological opposition to adding any new homes at all. The only organised and large scale opposition in Britain appears to be over greenfield development. Sure, brownfield developments in city centres always get a few people holding signs outside them to oppose building a four storey tower block, but there is no Council for the Protection of Urban England pushing to keep brownfield land as brownfield. Brits like their green and pleasant land and wish to keep it; they aren’t usually so bothered by a couple of houses being built on a garden unless they live right next door and have a feud with their neighbour already.

And who can blame them? The costs of greenfield development, both aesthetically (loss of visual appeal replaced by boxes on concrete) and logistically (increased demand on infrastructure) fall on existing residents, whilst the benefits flow to the landowners and developers (who make the profit) and new residents (who now have a place to live). Compare this to the construction of a backyard rental cottage: the primary beneficiary of the development is the same person who bears most of the costs, so there is less incentive to oppose it, and the cottage is tucked away behind the existing house, where it does not alter the look of the area.

There are a couple of changes that would be natural extensions to the existing policy. First, the right to add a mansard roof to any property not in a conservation area. At present, you are allowed under the permitted development rules to add an ugly dormer to most houses, regardless of their age, and to add a whole floor to many of them. Mansard roofs are more aesthetically pleasing than massive flat dormers, and are significantly cheaper to construct than a full additional storey. This would enable many presently small homes, that are amongst the cheapest of properties for those wishing to get on the property ladder, to be made more suitable for families.

Secondly, the right to add an annexe; or as they are usually called by urbanists and planners, an Accessory Dwelling Unit (ADU). This is not as radical as it might seem – AFAIK there is nothing that stops one from renting a large ensuite bedroom with an external entrance and additional washbasin, that is totally not a studio flat (no oven, see! It’s not the landlords job to forbid fridges and hotplates and air fryers.) to a lodger, and the only difference between this and a studio flat is the presence of an oven. This would simply expand an existing right to include other extensions such as outbuildings.

The Cameron government introduced a rent a room scheme to try and take advantage of an oversupply of housing (in the sense of bedrooms per person; whilst dwellings per household have gone down,  the number of rooms per person have increased since 1960). This is a good direction, but many people do not wish to share their homes with strangers. If part of the home can be carved out into an ADU and rented out, however, that would present a very different proposition that would hopefully see more uptake.

Adding accessory dwellings could have significant impact on rents. As many of the houses that would be suitable for this are owned by pensioners, this would provide an  additional source of income – it is a common complaint from pensioners that they aren’t getting enough money. Here would be their chance to fix this. With an increasing supply of rental properties available, there would be reduced pressure on existing homes, which would return to the market for would-be homeowners to purchase. By making it easier and more predictable to add a flat or cottage for granny, the constraint of supply of smaller homes that prevents many people from downsizing would be done away with – those looking to become grandparents could either sell their home to help their children afford to buy, or let their children start families in the existing house.

Permitted development is not unrestricted development, and there’s no reason ADUs would necessarily mean permitting the construction of a large new house on the totality of the garden (existing rights do not allow more than half the curtilage to be taken up by outbuildings anyway). Reasonable restrictions may be: no more than fifty square metres, no more than two tenants (most households are one or two person), one ADU per dwelling, and perhaps councils having the power to require a single parking space.

The political will is not there to straight up abolish the Town And Country Planning Act, and doing so would most likely result in a deluge of poor quality homes and neighbourhoods to meet the pent-up demand. Seventy-five years of planning restrictions have warped housebuilding, it will take time for this to be fixed. But the political will is there to chip away at it within existing neighbourhoods. YIMBYs need to choose their battles carefully – forget the greenbelt for now, pick the fights where there is a hope of winning.