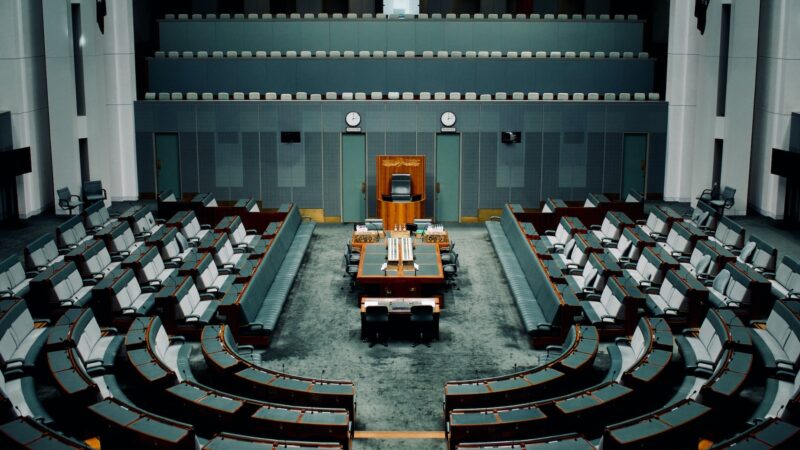 Democracy: A Means, Not an End

By Connor Attard — 3 weeks ago

What do Communism, Nazism, and liberal democracy have in common? It’s the tendency to deify the system of government and turn it into an object of worship. The system is not simply a means to an end or a pragmatic choice, taking due cognizance of its merits and demerits. It is an ideological presupposition and an intrinsic moral good.

“Democracy is more than a form of government. It’s a way of being. A way of seeing the world. A way that defines who we are, what we believe, and why we do what we do. Democracy is simply that fundamental.”

It’s difficult to dismiss the quasi-spiritual overtones of what effectively functions as a profession of faith, in much the same way a Catholic would profess the Nicene Creed during each mass. There are two things to take home here.

Firstly, man’s innate religious impulse will be satisfied, in one way or another. It is delightfully ironic that a product of the Enlightenment — liberal democracy — has laid bare one of its fundamental errors. True political neutrality, in the sense of being untethered to any collective belief system, is impossible. A system can reject God, and even the supernatural altogether, and still function as a religion. This was particularly true of Soviet Communism, where there was scarcely anything which the regime’s ideology wasn’t woven into.

Secondly, why are these professions becoming more frequent and fervent? Is it because they feel that the system is on the verge of collapse and that they might soon have to abandon any pretence of being democratic? This isn’t happening because of some neo-fascist uprising, as the neo-liberal establishment would have you believe. For a democracy to function, the ideological differences between the parties must be circumscribed by a common cultural and moral framework that transcends politics. Remove that, and you have chaos. The losing minority would never submit to the majority because the winning party is seen as an affront to their values. Moreover, how is any common framework possible if democracy — at least in its liberal form — fosters adversity between citizens and conditions people to view everything through a partisan lens?

Liberal democracy rejects such constraints. In the United States, this has resulted in a situation where no side is willing to accept defeat without contest. Donald Trump is infamous for refusing to concede the 2020 election to this day, but scant attention is given to the Democrats’ less-than-graceful concession in 2016 and their role in the now discredited “Russian collusion” narrative. Furthermore, rioting, and political violence have also become so commonplace, that shops in Washington DC and elsewhere were boarded up just days before the previous presidential election. Across the pond, a healthy democracy is also impossible in Ukraine, at least within its current borders, because its pro-Russian citizens in the East would never accept a pro-Western government, and vice versa. Their identities and aspirations are simply too incongruous for a single political system to support.

Appeals to “our democracy” and the imminent dangers to it are increasingly employed by politicians to discredit upstart rivals, particularly ones who dissent from the neo-liberal world order. Is this just a rhetorical tool, or does it reveal something about the way they view their political opponents? In a literal and objective sense, it would be hard to apply this to anyone, as despite the cacophony of left-wing doomsaying following a conservative victory, or even the possibility of victory, anywhere in the world, Adolf Hitler has yet to be reincarnated in any shape or form. So what do they mean by “our democracy”? Potentially, it means that only like-minded people, or people with whom they can reconcile their differences, can be valid participants in “their” democracy because it’s contrary to human nature to bargain with something perceived as being evil or immoral.

If democracy collapses in the West, it’s because we have removed Christianity from the equation and appointed the state or party as the arbiter of moral truth. Christians should not submit to neo-liberal dogmas about the role of religion in politics, but unflinchingly proclaim their faith as a source of inspiration and an antidote to the tumultuous future ahead. The wisdom of Pope St John Paul II comes to mind:

“Democracy cannot be idolized to the point of making it a substitute for morality or a panacea for immorality. Fundamentally, democracy is a ‘system’ and as such is a means and not an end. Its ‘moral’ value is not automatic, but depends on conformity to the moral law to which it, like every other form of human behaviour, must be subject: in other words, its morality depends on the morality of the ends which it pursues and of the means which it employs.”