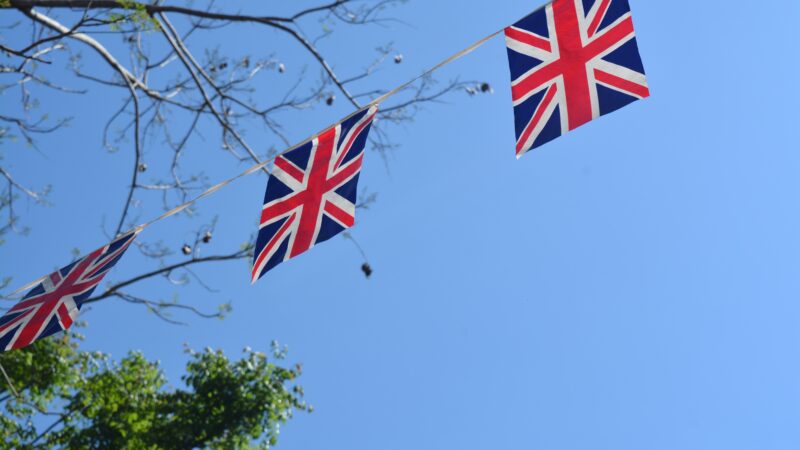 The Queen’s Jubilee: Britain is Still a Proud Nation

By Elizabeth Heverin — 3 weeks ago

After spending a year across the pond in America, when I returned home to Britain, I was pleasantly surprised to find the streets of towns, cities, and villages decorated in union flags, with shop windows displaying various items in celebration of the Queen’s Platinum Jubilee.  Before I left, I used to ask myself why the British couldn’t be as patriotic as the Northern Irish unionists were who displayed their patriotism all year around. But while these decorations may only last for the jubilee, they illustrate something important about our country: Britain is still a proud nation.

Unlike most nations of the world, Britain (along with Denmark) are the only two countries that don’t have a yearly National Day.  Britain, of course, has days dedicated to the various patron saints that go largely uncelebrated, but the country does not have a day that brings national unity across the nation. Instead, our national celebrations only come once in a decade in the form of celebrating our monarchy.

The years Jubilee has been significant in signifying the proud attitudes that the British still hold for the union. This stands in contrast to the recent years of bombardment that have sought to teach the British to be ashamed of their history and heritage. This phenomenon can be linked to an anti-racism and anti-colonialist  narrative, that has appeared in recent events such as students at Oxford University taking down a portrait of Her Majesty due to the history of colonialism , statues of well-known and respected national heroes being vandalised during Black Lives Matter protests, and my own experience of being suspended from Aberdeen student’s union last year for the words “Rule Britannia.”

These attempts to erase British history and its achievements, comes from a narrative pushed by Marxist’s which seek to teach the British that our imperialist past ought to be seen as a source of guilt due to the dynamic of the coloniser/colonised to the oppressor/oppressed and the empires promotion of capitalism  through the industrial revolution. Some, such as Kehinde Andrews, even go as far as to compare Britain’s role in colonialism to that of Nazi Germany or Imperial Japan. But Britain never carried out atrocities like that of the Holocaust or the Rape of Nanking.  In a world of empire building, the British Empire arguably modernised countries and created infrastructure within them.  This thinking has served to not only attempt to abolish national pride but also the monarchy, arguing that its role serves to only reinforce privilege.

But the role of Her Majesty is more than a ceremonial institution, it is unarguably a crucial part in shaping national unity. Without it, people are more easily subjected to the political polarisation inherent to republicanism. The monarchy allows for patriots from all beliefs to rally under one crown. It is why Her Majesty is the Commander of the army, after all. By technically holding the reigns of military power, Her Majesty ensures they don’t fall subject to political division. Thus, the institution of the monarchy allows us to connect with our ancestors precisely because our ancestors, like our countrymen alive today, are also different from us yet have fallen under the same crown.

This year’s Jubilee has served to emphasise these factors, demonstrating that the will of British people has yet to be conquered. With thousands across the nation being unafraid to display their patriotism and admiration to their country by decorating their homes in union colours and celebrating with their communities. I myself was in London this weekend witnessing thousands of people, including many from Commonwealth countries such as Canada, joyfully waving their union flags and singing along to the national anthem with others they may have otherwise never spoken to: an important reminder that our monarchy not only serves to unify us, but also our former colonies outside of Britain.

Britain’s glory and legacy can therefore still be conserved even in an age in which it may look as if people have become increasingly spiteful of it. The British have historically been a people proud of their nation, customs and traditions. With thousands joining together across the nation in celebration of the flag and Queen they hold so dear, illustrating that nothing has yet changed. This nation, after all, will always be the place where our hearts, ancestors and souls will forever lay.