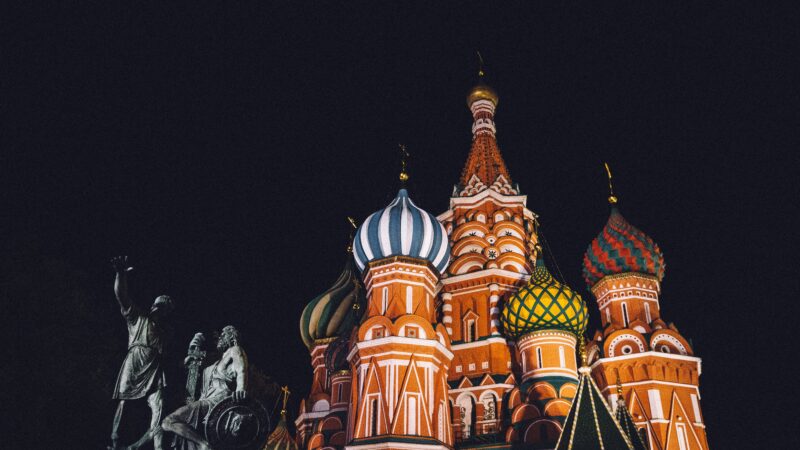 The Rebirth of Europe: Russia’s Invasion of Ukraine

By Honest Liberal — 2 weeks ago

After The First World War, Germany, the main aggressor of the war in Central and Western Europe, was punished severely by the victors and isolated. To oversimplify tremendously, that pushed Germany into a period of chaos from which it did not begin to recover until a decade later. At that time, the Wall Street crash of 1929 was not far away – causing the great depression and drove Germany into the arms of the National Socialists.

After The Second World War, the Allies did not repeat that mistake. The United States’ Marshall Plan sent vast amounts of cash from the US into Europe, to recover and rebuild. Then came the European Coal and Steel Community in 1951 and further developments into the union that it became. Germany (the Federal Republic of Germany at least) bloomed into the economic powerhouse at the centre of European politics that it is today. It is one of the dominant forces in the EU, leading that bloc as a second-tier world power. This is quite an accomplishment, coming from the ashes of two world wars. The economic benefits have been felt by the entire world, and the security that prosperity brought has increased cooperation and good relations across Europe.

The lesson of history therefore is to punish individuals, as the allies did in the Nuremberg trials, not entire nations.

I believe that the Putin regime has set itself on the path to political destruction, and that might take a decade to play out, though I think his regime will collapse far sooner than that. The die is cast, and the beginning of the end for Putin’s Kleptocracy has come.

I do not claim to know how this will come to pass, or what form of government will follow, but the answer from history is to pull in our former enemies, to tie them closely to us economically, and to forgive the mistakes of former regimes – allowing them to repent, rather than be punished.

In the case of Russia, the opportunity has arisen now for us to do what the West very sadly failed to do after the dissolution of the Soviet Union – to bring it into the West, to integrate Russia into our system, to give her both formal alliance and informal respect, that that great nation has always deserved – but which we rightly never gave to a gangster such as Putin.

We in the West should offer the Russian nation all the wealth that it desires and deserves, and which has been stolen from them for 20 years by oligarchs and brutes in their government. By offering them their rightful place in the world, as a second-tier nation and economic power such as Germany, they will have the ability to fulfil the aspiration that Putin (and Trump) often parroted, but never would allow: to be great again.

By doing this, Putin’s old lie of being held back by the West will be destroyed – Russia will return to be a core part of a Christian Europe, and of the West. Though Russia is more than Western, it is Asian too, and should be free to play a strong part in Asian governance/politics, and therefore world politics, as it geographically and culturally strides the world.

The Russian economy will have been desolated in a year’s time, under the current sanctions. Over the summer the Russian oil and gas on which Europe depends far too heavily, and from which Russian receives a vast proportion of its income, will be in far lower demand, and the Russian coffers will empty further. And even more, I’m certain that few creditors will be willing to take on Putin’s war debt.

The Rouble has hugely depreciated in value and an inflation spiral is highly likely. The cost of living crisis in the UK will seem insignificant compared to that of Russia, and this is on top of a 10% drop in living standards since 2014, due to the sanctions which followed Putin’s invasion of Ukraine.

Already, the war chest in reserves that Putin smartly built up has been taken away from him by sanctions imposed on the Russian Central Bank. The base interest rate has risen to 20%, making mortgages and loans far less affordable, and many banks and businesses are being crippled by their exclusion from the SWIFT payment system.

Unemployment will only rise, Oligarchs will increasingly bemoan their loss of wealth, and their exclusion from using London and other European capitals as retail playgrounds and education farms for their children. Those 18 to 26-year-olds who have been conscripted, their parents, and the soldiers who genuinely thought they were on training exercises will all increasingly seek recompense for how they have been treated.

The Putin regime will fall in due course. The West must seize the moment and take the opportunity to free the Russian people by bringing them into Western institutions, treating them as European allies and as a competitor, and no longer as an enemy.

Russia is currently a pariah state because of Putin, and Belarus the same because of Lukashenko, but it must not always be so. Of course, democracy must only come to those countries through revolutions, and must never be imposed upon a nation if it is to be seen as legitimate. But when democracy comes to Russia and Belarus finally, we must pull them in tightly.

Would we rather have a Putin, or an Orban? Putin is an enemy to the West, and Orban difficulty tendencies, but he is limited by EU membership and his nation’s own sentiment. Orban makes EU wide agreements difficult and disagrees with some of its values. Putin would rather the EU were destroyed. I am reminded of the inside versus outside of the tent analogy.

The way to integrate both Belarus and Russia is to bring them into the European and Western system with an economic agreement with the EU, and a partnership or treaty between Russia and NATO. Having democracy, liberty, security, and prosperity will allow the Russian economy and government to iterate, to adjust, and to be brought back properly into Europe culturally.

The point is this; when Putin falls, what then becomes the goal for the West? I believe the objectives should be as follows: To restore the nation and government of Russia to freedom and democracy, to recover her economy to prosperity, and to bring Russia into the fold and identify the true enemy of the West: China.

Russia has meddled, been aggressive, thuggish, kleptocratic and antidemocratic for 20 years now, but China is different.

Make no mistake, President Xi wants to impose his values, and his rule, on the world. He and the Chinese Communist Party are prepared to do this over 50 and 100 years, though it looks like it might not take that long. The CCP does not seek confrontation, but it is growing rapidly in the shadows, and is now the second largest economy in the world and seriously challenging the US as the world power.

Frankly, the West needs Russia on our team if we are to stand up to Xi. That is the real challenge of this century, more than climate change, more than COVID-19, and certainly more than a terrible, horrific war of aggression by Putin into Ukraine.

The West should sagely consider this: Putin’s days are numbered. How do we in the West recover Russia into the European family of nations where it belongs, and properly confront the Chinese, with Russia on our side? If we have no answer to that, then we are lost.