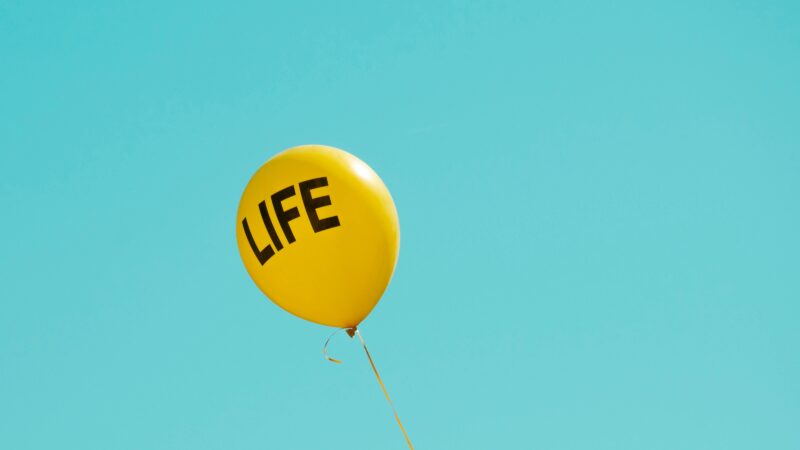 Abortion and Why Conservatives Should Care More

By Isaac Riley — 3 weeks ago

The recent Dobbs v. Jackson decision by the Supreme Court of the United States has been hailed as a resounding victory by the pro-life movement as it overturns the supposed right to abortion and the famous ruling on Roe v. Wade made almost 50 years ago. Make no mistake about it, pro-life activists have been campaigning, praying, and working diligently for decades for this moment and this historic political event signals the effectiveness of their labour. While of course this decision does not immediately make abortion illegal on the federal level (despite the contrary claims of ill-informed leftists), it does pave the way for individual states to pass their own legislation on the criminality or otherwise of abortion as their own democratically elected representatives see fit. Thus, regardless of this sure seismic victory for the pro-life movement, many see this as simply the next step in a continuing journey of eradicating abortion from the shores of the Unites States.

This decision is clearly no accident but the consequence of deliberate and painstaking political work over many years, but rather crucially it shows the enduring and significant impact of Donald Trump’s presidency. During his time in office, he appointed three Supreme Court Justices specifically promising his supporters that they would be ‘pro-life judges’ (see here) and it has been these very people who have tipped the balance in the Court to a conservative majority and paved the way for this moment.

Needless to say, the left are furious. Violence has already been committed, protests conducted on mass, and government buildings stormed all in defiance of a decision which totally accords with the political processes of the United States and their foundational political document, the Constitution. As we look on from the United Kingdom however, one can’t help but remember the great distinctions in our political systems which requires the British pro-life movement to work hard for our own change and not simply rely on the progress of our American friends.

The defence of life and the opposition to the barbaric practise of abortion is a core conservative tenet – despite notions to the contrary when one considers the majority view of the ‘Conservative’ Party’s elected representatives – and if the recent US Supreme Court decision can teach British conservatives anything, it is that abortion is not an inevitability in western, developed nations. Conservatives really should care when our society, not only permits, but encourages and celebrates the killing of children – this should be a central issue for us for several reasons.

We have science, reason, and common sense on our side. The left seemed to love “The Science™” when it apparently warranted mass lockdowns and compelled vaccinations but on the issue of abortion they ignore that fact (or worse don’t care) that a foetus in the womb is a human being. It has distinct DNA from the mother, a distinct body from the mother, a beating heart, ability to feel pain, forming features, and with ultrasound technology we are able to see their movements and being before our own eyes. The lazy argument of “my body my choice” has no credit when one realises that a pregnant woman does not have two hearts or two heads, she has a separate human being, a sperate body in her womb. The baby is a distinct life and ought to be treated accordingly. If conservatives are to be the anchor points of common sense in a society drifting into the delusion of leftism (what is a woman?), then we have to be willing to stand with the scientific truth that a baby is a baby and therefore one should not be allowed to kill it.

To be a champion of individual rights must start with life. If conservatives care about building a society of freedom, where people are endowed with value because of they are made in the image of God and thus worthy of respect and dignity, we have to defend the crucial and basic rights of all people. This only works, and only makes sense when the right to life is defended. Without life one cannot exercise any other rights and it makes a mockery of the conservative vision of individual liberty and autonomy when we accept the killing of certain innocent people as a normal aspect of modern life.

Abortion decimates conservative societal values of morality, responsibility, duty, and respect. Engrained in the conservative tradition is not simply the idea that a person can do whatever he wants, but that there are responsibilities we all carry to one another, our family, our nation, and our God. Abortion is, by definition, the unjust killing of an innocent person which clearly begs the moral question, but it also denies the role of responsible self-government in each person’s life. Actions have consequences, when one engages in sexual activity one is consenting to taking on the responsibility of the potential natural outcome of that action. Conservatism is about living powerfully, it is about self-governing, choosing virtue over vice, accepting one’s duty to others even in difficulty, and living morally even when surrounded by immorality. When these principles are abandoned, society disintegrates and we lose any moral and ethical cohesion which will only hurt our country.

Abortion is an inherent attack on the family and perversion of the role of mother and father. Apart for killing an innocent child, it turns mothers against their natural purpose as caregivers and nurturers and it turns men away from their responsibilities, giving them a way to embrace sexual liberty and use women for physical pleasure without facing the consequences. It is a cheapening of people, and a cheapening of the union which comes through sex. Families are the basic building block of society, that should at least be the conservative ambition. We want to empower families to be the primary educators, ethical instructors, societal leaders and role-models, not government bureaucrats. Abortion killed 214,256 people in 2021 in England and Wales (see here), this is not an insignificant number. Abortions devastate families and perverts the role of parenthood. The sacrifice of children on the altar of convenience, self-serving ambition, or even fear is blatant evidence of our waywardness as a society and lack of moral fibre.

What’s notable here is that this reasoning is value-based. This is because abortion is not about economic growth or manufacturing or government spending, it is about morality and ethics, it is about the kind of people we want to be and this sort of things we value. British conservatism can learn something from the Americans. In the US some conservatives will vote on this one issue. They will give their vote to whomever opposes the killing of children irrespective of their stance of tax reform or import tariffs. This is so because there is a realisation that society is more than economic freedom, it is more than just the free market, it requires a strong moral framework for its success and prosperity.

In Britain we cannot have our conservative dream society of low taxes, free markets, and personal liberty if we are unwilling to champion a society which values life too. The very principles of individual freedom and empowerment are undermined when we permit the slaughter of innocent children. We have to mould the culture. We have to influence the cultural norms, call out evil where it exists and promote the alternative good. Conservatism, rooted in tradition, the fear of God, duty, responsibility and courage, best shines in the way people live, in what we permit, promote, and celebrate.

Clearly there is a long road ahead. The appetite for reform in the way I am advocating for is not large at all in the British electorate. It is not a particularly winning issue which is why “conservatives in name only” will never push for this change. Evil has always stood before great men who have risen up to fight for what is right. William Wilberforce faced years of political influencing before seeing the war on slavery won in this country. Today we have another moral evil to purge our country of. For too long we have hidden away from it, out of mind out of sight, but it exists. Babies are being killed. Families are being torn apart. Morality is slipping away and our nation needs defiant, courageous men to speak up for the defenceless, to advocate for the right to life of every person, and to see the culture developed into something worth celebrating and admiring.