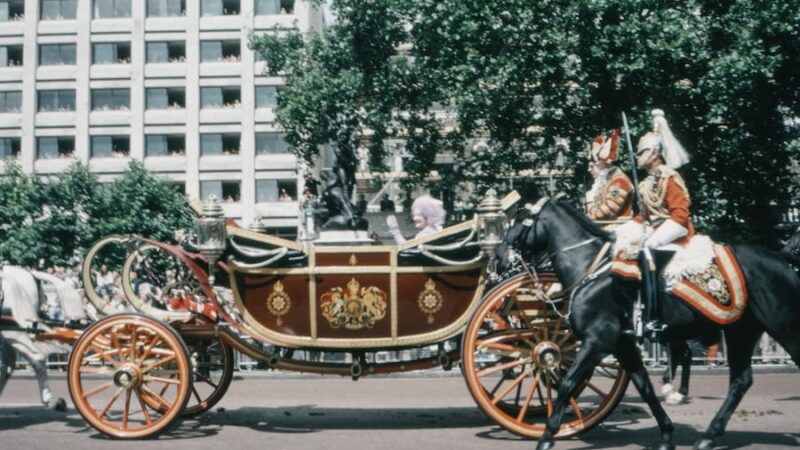 On the majesty of Britain’s unwritten constitution

By James Clay — 2 weeks ago

In light of Boris Johnson’s recent attempts to cling onto his own personal power, many within the media commentariat have proposed the idea of a written and entrenched constitution. Such a solution is historically ignorant: as will be developed in the succeeding paragraphs, the miracle of Britain’s constitution is that its conventions have weathered all storms and continue to stand strong today. Whether it be the unequivocal adherence to Erskine May or the continued existence of Habeas Corpus, Britain’s conventions are to be proud of and cherished. For utopians, too blindly obsessed with rationalism and rigorous state planning, Johnson’s escapades provide the perfect alibi for constitutional reform. But they are as wrong as they have always been, even in the interesting times in which we live.

Many of these misguided pundits have suggested that the answer to Britain’s political woes is that it should look to the various nations across Europe and the West that decided long ago to adopt a codified and entrenched constitution, but what does such a constitution actually look like? For one, all the key constitutional provisions would be drawn up in a single document which would then be protected by a court of law. This would inevitably go far further than the current Supreme Court which only considers the principles laid down in the Human Rights Act (1998) which are, of course, in line with the European Convention of Human Rights. All future laws would be required to stand in compatibility with this document. Any executive which desired the alteration of this document would be naturally required to achieve a super-majority within parliament.

For a considerable amount of time, such an idea has stood at the forefront of many constitutionalists’ minds. Given the fact that the British public tend to spend more time worrying about the accessibility of public services, rather than constitutional issues, the idea of a written constitution has not quite permeated through to the masses. Brexit for many may have been about the sovereignty of the United Kingdom but the constituent vote that tipped the scale in favour of withdrawing from the European Union saw the threat of mass migration on public services. Why is it that the growth of the Eurosceptic movement peaked only a few years following a financial crash? It is unwise to use worn out clichés, but Bill Clinton was correct in asserting that “It’s the economy, stupid.”

This, however, may not remain the case. Class dealignment and the absence of any real proletariat movement has shifted many people’s interests away from economic issues and towards constitutional and political issues instead. With the insistent obsession amongst media apparatchiks, the Prime Minister’s drawn out occupation of No.10 Downing Street has really lit a touch stone amongst the British public. Johnson has rightfully been described as someone who throws caution into the wind when bending the rules to further the interests of himself or, in some cases, the British public. To list a few of his more provocative actions over the last three years, he prorogued parliament, watered down the ministerial code and restricted certain forms of protest. The point of this article is not that his actions were wrong, but rather that they have inspired a rejuvenation amongst radicals to further pursue constitutional reform. It is perfectly reasonable to desire high levels of robust executive scrutiny and accountability but codifying the law is not the way that one should go doing about it.

Even in an age in which nation-states increasingly subscribe to the same hegemonic notion of what a liberal democracy should look like, Britain remains nearly alone in that the roots of certain constitutional elements can be found centuries ago. Exemplifying this perfectly is the fact that the bicameral nature of parliament grew eventually out of the 8th century practice of Witan-based council rule. Even if one takes a strictly anti-anachronistic view of history, the first official parliament was called in 1236, a few years subsequent to the signing of the Magna Carta. The unique majesty of Britain’s constitution is that its legitimacy is found in virtue of its longevity. Such a system, when working effectively, is both natural and superior to any other constitutional format. A system built upon the trust of politicians to uphold constitutional conventions is both perennially fragile yet also preferable to anything else.

Yet, such an argument for the maintenance of our constitution has to be framed with the recent Westminster scandals in mind. As is already becoming apparent, the ongoing Conservative Party leadership election will have a great focus upon propriety and ethics within politics. Candidates, whose prior lives fell short of the squeaky-clean standards expected of them, will be faced with a considerable uphill battle. Media pundits love to jump on the bandwagon of criticising Sir Keir Starmer for being too boring but the reality is that, after the last few years of political chaos, much of the British public will want a prime minister who is serious and trustworthy, even if that means being a bit on the dull side. Ordinary people do not want to go about their lives worrying about politicians; they have far bigger concerns. As a result, I suspect that the next few prime ministers will bend over backwards to ensure individual decency and political stability.

On a different point, it is worth refuting the conservative argument which can be made for a written and entrenched constitution. Such a constitution would prevent radicals from unwisely or unthinkingly bringing a sledgehammer to the political system. One has only to look at the toxic legacy of New Labour. Admittedly, even David Cameron, a Conservative prime minister, attempted to abolish the House of Lords with a simple majority within the House of the Commons. It is perfectly true to argue that the preservation of a particular constitutional setup would remain existent for a long time if codified and entrenched behind a naturally conservative law court. However, if moderation is a fundamental conservative principle, then to alter the constitution in such a dramatic and radical way, even in an old-fashioned or nostalgic manner, would be, by definition, an unconservative thing to do. Purely in a hypothetical conservative utopia, a written constitution would be naturally the constitution of choice. We don’t live in a utopia though; we live in reality.

In contrast to the unwritten and uncodified dignity of Britain’s ancient constitution, the American constitution is constantly the source of unnecessarily bitter political debate and congressional blockage. If one were to take the second amendment, the right to keep and bear arms, there is still a decades-old, unresolved debate around whether or not to alter it. Discussions around laws that may appear to violate such amendments centre around whether or not the law is constitutional, rather than whether the law would actually be effective in practice. Debating the constitutionality of federal states banning the right to an abortion is an entire debate in itself and not one that an Englishman should necessarily engage with, however the recent decision to overturn Roe vs Wade does raise an interesting point. Following British tradition, it is far better that law-based decisions are determined by elected politicians, not by unaccountable judges. This point was rightfully raised at the despatch box by Dominic Raab while deputising for Johnson. To be a 21st century conservative, one must commit to upholding the democratic will of the people. Despite the influence of pro-Atlanticist conservatives, it is wrong to look to the USA as a political model.

Despite the temptations of a written constitution, politicians and activists must remain ever vigilant in their defence of Britain’s unwritten constitution. In order for our political system to develop naturally, prominent conservatives must put aside any admiration they may have for the American system and stand strong against historically-ignorant reformers. Preserving the way in which things are done is one of the core building blocks of being a conservative. This principle cannot be undermined by constitutional reformers, even if they are paradoxically trying to prevent radical reform. The checks and balances within the British political system have survived far worse than Johnson.