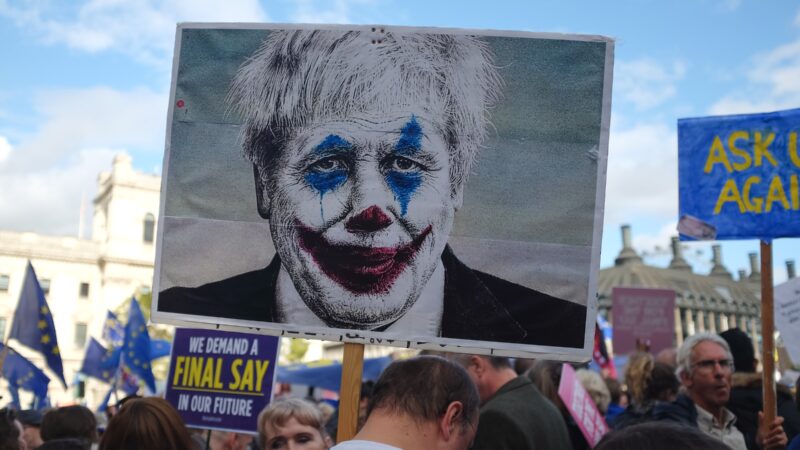 The Conservative Party, once my ally, now my enemy

By Jayden Harris — 3 weeks ago

I considered the Conservative Party once as my ally. During the 2019 General Election, I found Boris Johnson’s policies admirable. Who wouldn’t want to see the country ‘level up’? Almost all policies I agreed with – except Net Zero by 2050. However, this appeared a relatively insignificant commitment; I assumed they wouldn’t keep it.

Alas, that Net Zero policy I disregarded has turned out to be one of the most significant debates this country would have in 2021. Much fluster was created for the climate summit in Glasgow. COP26, a gathering of globalists and hypocrites was, in my opinion, rather dull. An over-hyped event. I thought to myself that maybe it was a smoke screen to please the ever-growing environmentalists. Maybe it was just a policy that they didn’t want to pursue wholeheartedly after all.

Now a Blairite party, the members of the parliamentary Conservative Party have a choice to make. Do Members of Parliament want to reclaim conservative values through the party machine, or do they split off to pastures new?

In this current state, the Conservative Party is no ally to me. If you are a social and moral conservative reading this, then they are no ally to you either.

Social and moral conservatives are losing, for lack of a better term, the ‘culture war’. Recently, four Black Lives Matters protestors were cleared of all criminal charges for tearing down the Edward Colston statue. While this is fundamentally a legal issue, the acquittal speaks volumes to how we deal with protest. Protest should be about voicing concerns peacefully.

Yet, through the Police, Crime, Sentencing and Courts Bill Ministers are clamping down on protest in completely the wrong way. It seems that while the government loves their opinion polls as direction for policy, they cannot gauge the temperature of the ‘culture war’.

But you may be asking, what party do I go to now? Well, if you are searching for my opinion, you will be disappointed. I have been politically homeless for some time now and unless the Conservative Party is destroyed there is no reason that I can see to join any other party. The Conservative Party is too large and established to be challenged from a political party standpoint.

Rather, we should be focusing our attention on the issues that affect our everyday lives, such as Covid restrictions. Fundamentally, we are now in a fight for freedom – you must stand up and be counted.

Quote: Now a Blairite party, the members of the parliamentary Conservative Party have a choice to make. Do Members of Parliament want to reclaim conservative values through the party machine, or do they split off to pastures new?