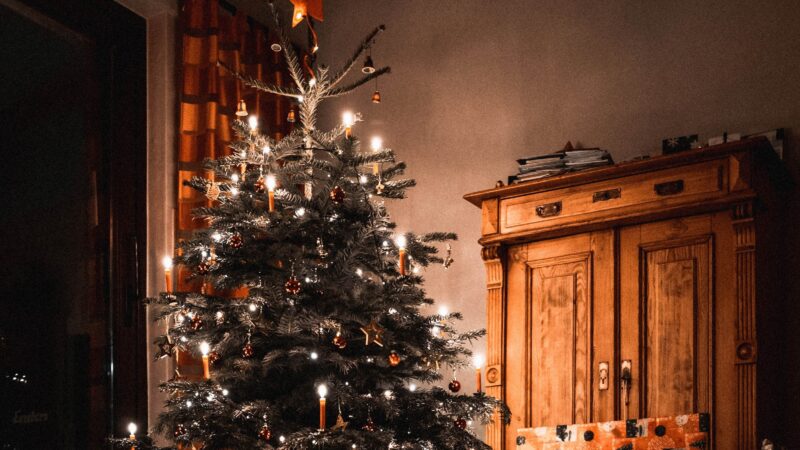 A Response to Polly Toynbee

By Joseph Niblett — 3 weeks ago

“Know thyself” is a most fundamental axiom of Greek philosophy that has been repeated into cliche in philosophy and religious studies classrooms around the world. And yet it is a concept that many seem to forget. To ignore our fundamental presuppositions and the grounding of our beliefs is foolish and to unwittingly seek to undercut them is ideological suicide.

These thoughts follow my reading of Polly Toynbee’s recent article in the Guardian which seeks to essentially de-Christianise the Christmas celebrations and throws around the terms ‘cultural Christianity’ and ‘humanism’ as a way to legitimise her thoroughly anti-Christian position as some kind of reasonable middle ground/self-critique. A contradiction for sure, as she lampoons the foundations of Christian belief and excoriates the actions of early Christians. If we attached power cables to Friedrich Nietzsche’s grave, his rolling would probably solve the present energy crisis our country is currently undergoing.

Cultural Christianity, at the very least, demands an adoption of Christian morality and admiration for Christian tradition and history that is ridiculous to maintain in lieu of actual religious belief and makes me wonder why one doesn’t go all the way to believe in God too. Perhaps we consider the morality of ‘love thy neighbour’ as not necessarily an exclusively Christian belief but the very mindset that the European and American lives in are framed by Christianity – from the Protestant work ethic to our preference for monogamous relationships. Believing in the morality, mindset and general worldview of Christianity without its origin and basis, the teachings of Christ and the existence of God is vapid and naive. Why is marriage a sacred, inviolable contract if its primary advocate is not even real? (or dead).

This mindset is ultimately pointless and shallow and seeks to provide its own moral foundation with an appeal to some kind of tradition, popularity, or history – merely copying a greater tradition than itself. Ms Toynbee’s self-critical cultural Christianity is further called into question as nothing more than a veneer in her decidedly un-historical diagnosis of Christianity as anti-philosophical, anti-mathematical and anti-intellectual. The church is aware of its failings as a human institution, our own doctrine expects this and our scripture reminds us to be constantly vigilant against sin and our nature. Unfortunately, examples in history can be dragged into scrutiny to illustrate the failures of our forefathers. Maybe certain Popes and church leaders resisted the progress of science, or maybe the condemnations of 1277 sought to strangle ‘heretical’ elements of Aristotelianism out of medieval philosophy, but it isn’t appropriate to attribute particular mistakes by fallible humans to the wider religion. To do so is to be blinkered to what Christianity has provided and what it stands for.

Many of the greatest leaps in mathematics and science were accomplished by monotheists, algebra was pioneered and beautifully developed during the Golden Age of Islam and much of modern science owes its exposition and articulation to Christianity: Newtonian physics, Mendelian genetics and even the Big Bang Theory originate from Christian scholars. As for philosophy, while the discipline in the medieval period did develop in partnership with theology, the enlightenment saw the emergence of important secular thought among many Christian thinkers. For one example, Immanuel Kant, the father of modern philosophy, sought to use God to justify human freedom and escape relativism and nihilism; providing a philosophical framework that has shaped the European zeitgeist. There is a good case to be made that most Anglo-American philosophy that traces back to Hume is essentially a secularisation of the work of William of Occam; a Franciscan monk. Yes, certain Christians supported the barbaric practice of slavery but subsequent Christians spearheaded the abolitionist cause and rebuked their forebears. To accuse Christianity of being backwards because some nuns teaching children attempted to use theological themes to encourage good behaviour is intellectually immature. Ms Toynbee can chase caricatures and mistakes by certain people in order to try and hurry Christianity out the door as much as she wants but her arguments are largely rebutted by a cursory reading of history. There is no real correlation between Christianity and intellectual stagnation.

A point that is interestingly used to drive her case forward is to complain about the largely ceremonial title of Fidei Defensor, which our monarchs adopted as an ironic jest at the Papacy. It is a somewhat nickel and dime point to analyse the declaration of the Anglican church’s independence – remember that the monarch is also the (ceremonial) Supreme Governor of the CofE: a broadly ceremonial title. Surely then, in an institution that is allegedly racist and backward, we should be welcoming Charles’ declaration to defend all the faiths of all of his subjects even if he is styled with a ceremonial, historic title? Dwelling on the ‘the’ seems to be counter-productive. These nickel-and-dime points come across as the bread and butter of this article – We can see another example of these snipes in her discussion of assisted suicide. To say that life is sacred and that assisted suicide is a slippery slope somehow makes our elected officials dangerous radicals that are out of touch with the electorate. This polemic move is extremely dishonest. See the advancement of medically assisted suicide in Canada as an example of the practical risks associated with this policy.

Maybe this response article is also rising to the nickel and dime bait. The debate could rage forever, as glib anecdotes and controversies are thrown about to illustrate the evil of the ever-vengeful skydaddy and his charlatan prophet. But let’s not forget the message of Christmas in the Gospel – a message of love, hope and the salvation of mankind by God who loves His creation and wants nothing more than to reconcile our broken relationship.

So this Christmas remember that the secular values we associate with it – family, reconciliation, joy, giving and altruism – stem from a message of divine love and peace with a promise to end human suffering. Ms Toynbee’s vision of a secular winter holiday is not possible without the Incarnation.