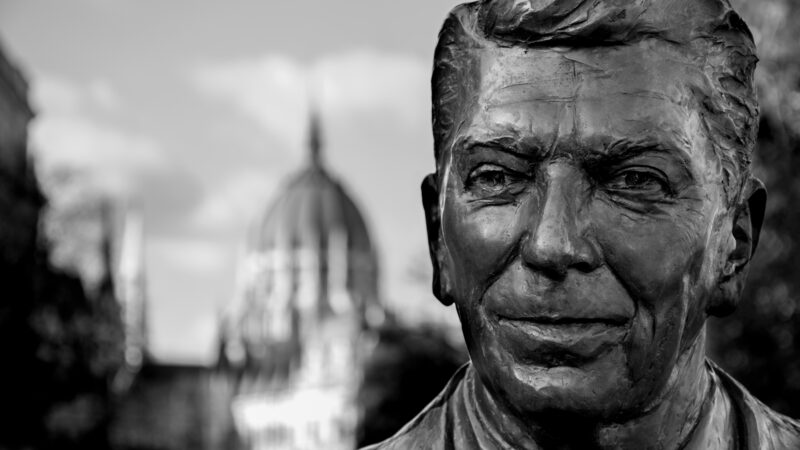 Joe Biden and the Ghost of Ronald Reagan

By Joshua Lloyd-Braiden — 3 weeks ago

In an appearance on William F. Buckley’s Firing Line back in 1980, newly inaugurated President Reagan was asked his thoughts on a number of key issues. His responses, despite now being 42 years old, remain all too relevant.

He argued for long-term investment in expanding the oil economy in the face of rising energy costs, an argument that Republicans are making once again as Joe Biden’s cancellation of the Keystone XL pipeline has driven gas prices up to eye-watering levels, compounded further by sanctions on Russian oil. On the issue of inflation, he pointed out that “since government causes inflation, government’s the only one that can stop inflation,” in stark contrast with Biden who prefers to leap from calling inflation “transitory” to celebrating it to blaming Trump to blaming Russia.

Perhaps Reagan’s most pertinent words of advice were on dealing with aggressors:

“The United States cannot recklessly put itself in the position where the confrontation does take place. The United States… should make it plain that [the Soviet Union] can run that risk of having such a confrontation, if they continue with their imperialism and this kind of expansion.”

He followed this by stating:

“I think one of the foolish things we’ve done going clear back to the Vietnamese war is telling potential enemies the things we would not do. For example, when President Johnson repeated over and over again that, of course, we would never use nuclear weapons there. I don’t think we should’ve use nuclear weapons there. But I think the North Vietnamese should have gone to sleep every night worrying about whether we would. We shouldn’t tell them the things that we wouldn’t do.”

Reagan faced a Russian state spreading its imperial tentacles, acting through its various satellites as well as through its own troops – a situation that is playing out once again.

Biden’s tendency to rule out action represents a major stumbling block in dealing with Putin, who knows all too well that the West is simply not ready, militarily or otherwise, for a major conflict of any kind. At his meeting in Brussels, when asked if his clear unwillingness to go beyond a proxy war had “emboldened” Putin, Biden replied, “No and no,” as if saying it twice would make it any less untrue. Obama made a similar mistake by talking big with his “red line” threat but failing to follow up with any action. One can hardly blame Putin for expecting the same from Biden as he effectively acts out Obama’s third term.

When Biden does propose any action, as he did when he mistakenly suggested that use of chemical weapons would be met with a response “in kind,” the White House quickly performed damage control. The net result was an embarrassed Biden, a bemused Putin and a slightly nervous free world.

Whatever one may say about Trump, his unpredictability lent him a Reaganesque quality, with his talk of consequences for America’s enemies being followed through with appropriate, often severe, action, as was the case with his targeted assassination of Iranian military leader Qasem Soleimani.

What is most alarming is that Reagan’s advice, given in 1980, has not been heeded by Biden and his team despite his being in politics since 1976. If he had paid attention, he may not have been called “wrong on nearly every major foreign policy and national security issue over the past four decades” by Obama’s defense secretary Robert Gates. Although he had numerous failings, from Iran-Contra to his response to the AIDs crisis, Reagan was the man who helped end the Soviet Union. If history is to repeat itself, as it seems to be doing, perhaps following in Reagan’s example is the ideal course of action.