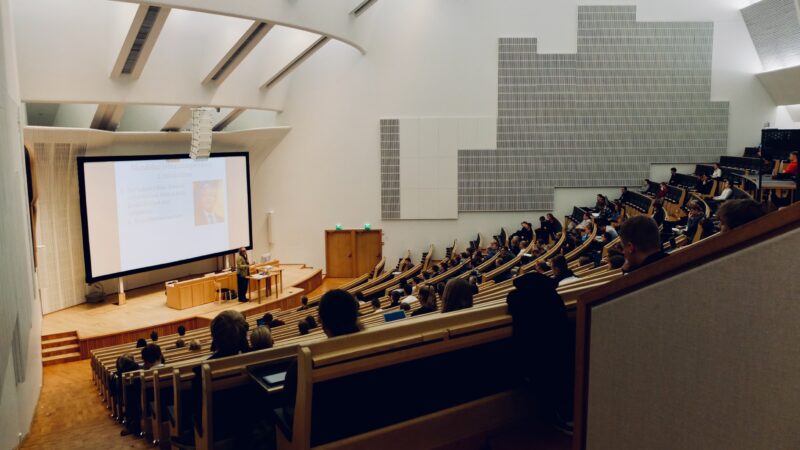 By Marina Barats — 2 weeks ago

Last year marked 20 years since 9/11, making it an appropriate time to review and reflect on Britain’s counter-terrorism policy. The beginning of the 21st century saw the issue of terrorism and Islamic extremism become increasingly salient. Britain’s counter-terrorism officials claim that most of the country’s terror threats come from British-born extremists. The government has therefore introduced counter-extremism strategies, which seek to: stop terrorist attacks; stop radicalisation; strengthen protection for potential targets of terrorism, and ensure that there is a plan of action if an attack does occur.

The most well-known of these is The Prevent program, which aims to achieve the second of these objectives. Prevent requires that individuals perform their “civic duty” reporting individuals suspected of extremism to the local police. A Prevent committee subsequently decides whether the person should be referred to the programme, but participation is voluntary. Despite some successes, several reports highlight that Prevent has been ineffective.

Prevent is often rendered ineffectual because institutions are reluctant to intervene, and some student groups actively  dispute counter-extremism measures. For instance, the National Union of Students has pledged to oppose counter-radicalisation work. The actions of these groups should be given greater attention by counter-terror policy makers and enforcers.

Sadly, there is more to the issue of extremism on British campuses. Over 30% of individuals involved in Islamist terrorism in Britain went to university in the UK, and there is strong evidence that some of them were radicalised during their studies. According to security sources, Kafeel Ahmed, the 2007 Glasgow airport suicide attacker, Ahmed Omar Saeed Sheikh, mastermind of the 2002 murder of Daniel Pearl and Omar Sharif, the 2003 Tel Aviv suicide attacker, were radicalised at university.

Students are therefore being exposed to an intolerant and sometimes violent interpretation of Islam. Extremist speakers are being welcomed on campuses and presented as mainstream representatives of Islam. For instance, speakers at UCL have included Abu Usama adh Dhahabee, an advocate for armed jihad who believes that apostasy and homosexuality are punishable by death, Abdur Raheem Green, who has defended domestic violence  and Haitham al-Haddad, an open Hamas supporter.

Concerningly, there is evidence of discriminatory practices by some university Islamic Societies (ISOCs), such as mandatory gender segregation and sexist behaviour. Yet, these same student groups often label counter-extremism measures as “racist”, an accusation lacking  hard evidence.

The underperformance of Prevent, in educational institutions, is exemplified by the infamous case of the Bethnal Green schoolgirls who were not identified as vulnerable to radicalisation.  On top of this, when one of the girls was killed by an airstrike in 2016, the Labour MP Rushanara Ali called for a “full review of Prevent”,  expressing concerns, not over the failure to halt radicalisation but the risk of stigmatisation of young Muslims. The risk of stigmatisation is a very real one, but is must not detract from the need to identify those responsible for, and vulnerable to radicalisation.

Douglas Murray argues the question of responsibility for radicalisation of young people is often ignored, partially due to the policies pursued by British governments since the 1970s – chiefly a lack of focus on integration. A lack of government focus in this area has led to fragmentation in our society through the creation of “parallel communities” that rarely interact with each other. This reinforces ‘a narrative of difference’ whereby minorities become solely defined by their ethnicity and religion and become viewed as homogenous units by the wider British population. In this context, some young British Muslims are recruited by radical Islamic groups where they seek to find a sense of identity and belonging.

Extremist figures often gain legitimacy through their ties to local organisations even becoming self-appointed  community leaders, who often to not genuinely represent the voice of their community. Despite this, local authorities often communicate with minority communities via these gateway individuals, increasing the risk that authorities gain a distorted view of these communities which impedes efforts to promote and enforce counter-extremism measures.

The dangers of the closed nature of some communities and allowing “cultural sensitivity” fears to dominate is shown through the lack of investigation into cases of human rights abuse like female genital mutilation (FGM). Whilst FGM was criminalised in the UK in 1985, there were  no convictions of FGM until 2017, although cases of FGM had been known. More shocking was the 2014 Rotherham Child Sexual Exploitation scandal  where more than 1400 girls had been abused, threatened and raped between 1997 and 2013. Some council and police officials had known about it but felt nervous about highlighting the offenders’ ethnicity in fear of being labelled racist.  Given this and the fact that such fringe practices still take place in 21st century Britain illustrates the failure of the government’s counter-extremism policies.

In short, Prevent has been unsuccessful in combating extremism. In higher education, student groups and universities have opposed counter-extremism initiatives, whilst the government has not been robust enough in their enforcement. This has permitted speakers with radical affiliations platforms on campuses and undermined Prevents’ efforts. The emergence of parallel communities has also allowed extremist cultural practices to be carried out. Without reform counter-extremism policies are likely to remain hard to enforce. The government should focus on promoting integration of minority communities, so that such groups can develop a sense of belonging that is not detached from wider British society.

Marina Barats is a Policy Fellow of The Pinsker Centre, a campus-based think tank which facilitates discussion on global affairs and free speech. The views in this article are the author’s own.