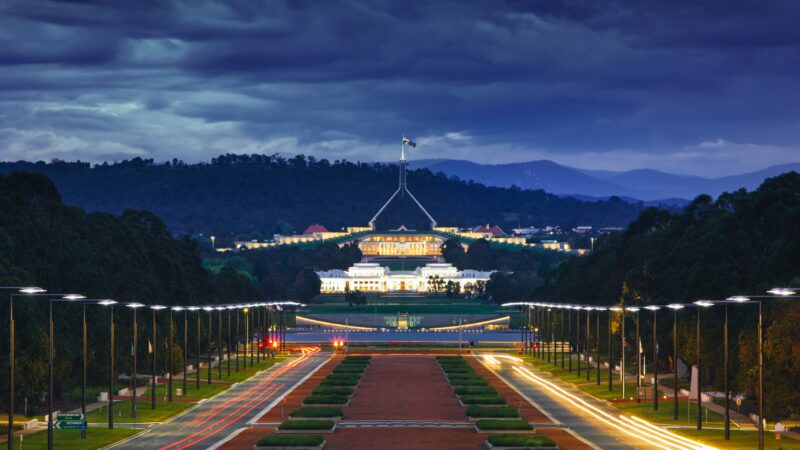 By Max Stevens — 2 weeks ago

The Australian Labor Party’s victory in Australia marks the end of almost a decade of Liberal Party rule. Indeed, the Liberal Party bears many similarities and its philosophy and ideology derived from the Conservative Party in their mother country. Having just scraped a majority in 2019, Scott Morrison has led the Liberal Party to its worst defeat since 1944. This claim however isn’t based on losing government but more critically losing its affluent seats like Goldstein, Higgins, North Sydney, Mackeller and former Prime Minister Tony Abbott’s seat of Warringah failing to be won by the Liberals again. But with the shock victory of independent Dr Monique Ryan in Kooyong suggests a worrying foreshadowing of what is yet to come in Britain.

Firstly, the presumptive narrative that ‘Keir Starmer is an awful leader, so we’ll get back in’ is to be questioned due to the Australian election. Net satisfaction with Labor leader Anthony Albanese’s performance fell to a record low of minus 14 per cent – the worst for an opposition leader since Bill Shorten – just in mid-April. Starmer too shares an abysmal rating with 53 per cent of respondents to a YouGov poll in April judging him to be ‘doing badly’ as Labour leader in Britain. Nevertheless, with a shared cost of living crisis due to high inflation and rampant house price increases, both conservative parties have failed on their perceived core mission of safeguarding the economy.

May’s local election results in the UK display signs of dissatisfaction with the current Tory government. The Liberal Democrats (not to be confused with the Australian Liberal Party) exploited the dissatisfaction among middle-class Tory voters in historically safe Tory areas. Australian Labor too exploited this dissatisfaction with middle-class Liberal voters. Being dubbed the ‘teal independents’, predominantly female, middle-class, wealthy, small-l liberal and climate-conscious candidates swept through solid Liberal seats. Teal itself being a mixture of green and blue (the Liberal Party’s colour) displays similarities with NIMBY-minded candidates in solid Tory wards during the UK May election. England’s results saw a net increase of 194 councillors for the Lib Dems and 63 for the Green Party with Labour seeing an increase of only 22 councillors at the expense of a loss of over 336 councillors for the Tories.

Forget the ‘Red Wall’ concept in Britain and in Australia, the Tory Party and the Liberal Party are seeing their core base desert them before their very eyes.

Repercussions for Australia and Dangers for Britain

Republicanism is strong in Australia and the return of the Labor Party with outspoken republican Albanese at the helm, coupled with the culture war heating up over trans rights during the election, this presents danger to the future of the monarchy in Australia once again. For Britain, the story is already well understood since Blair that a Labour government (no matter how appealing to traditional middle-class Conservative voters) will irrevocably vandalise the British constitution once more.

One key lesson learned from this election is that it is a massive challenge to hold onto the prosperous middle classes (which are a core rightist constituency) without compromising on conservative social values. Values of ambition and enterprise have been consistently championed by each Tory government since around the 1860s, yet this current Tory government is the first to not encourage – or even boldly talk – about these values. To fight the culture war without a sound handling of the economy risks losing both to left wing manipulation and thus conservatives are once again in opposition dominated by a left-wing hegemony in economy and culture.

The implication of defending traditional values by the Liberal Party and – supposedly – by the Tory Party without the confidence of the middle-classes on the economy is to pave the way for a leftist victory. Due to the shared Anglo traditions of parliamentary sovereignty, this leaves Australia’s institutions open to vandalism and destruction.

With the end of almost a decade of Liberal rule in Australia marks the beginning of a new era of Labor government. The recriminations inside the Liberal-National Coalition will begin as the moderates seek to flex their dwindling muscle to make the case that the 2022 electoral strategy of chasing ‘Red Wall’ voters cost them their heartlands. Right wing Liberals who protested Scott Morrison’s party by voting for the United Australia Party or Pauline Hanson’s One Nation may return home, but this election has marked the end of solid conservative dominance in Australia.

The Conservative Party in Britain should be worrying. The long-held belief that the Tories will stay in government due to Labour being unable to produce a competent-enough leader has been proven wrong. Ineptitude in optics over Partygate and 40-year high inflation (the highest among G7 countries, currently) is cutting away the Tory Party’s electoral backbone. Forget the insipid ping-pong of which party leaders held illegal gatherings during lockdown and focus on the disastrous state of the economy. If the awful May local election results weren’t a warning of what is yet to come for the Tories, this Australian election result should scare the Tories to death beyond the years of Brexit. 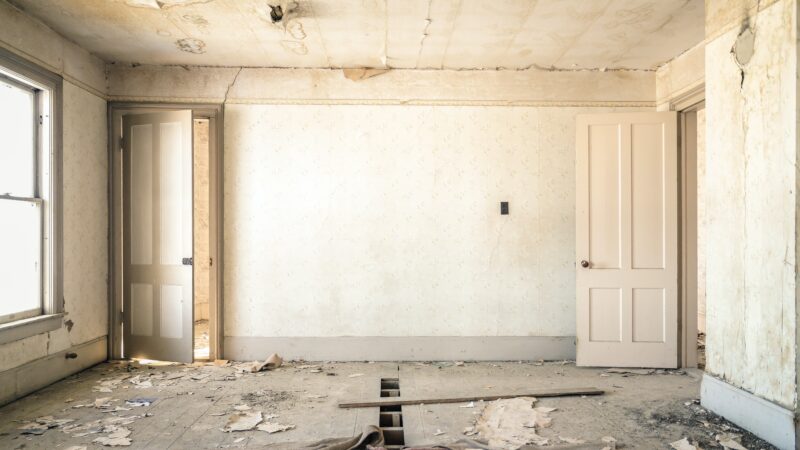 The Death of the Young Conservative Dream

By Max Stevens — 2 weeks ago

All my life I have had a certain idea of Britain. A sense of patriotism that is derived from the instinct to defend and preserve one’s own home. But what happens if the prospect of owning your own home is merely a dream of generations gone by?

Last week I attended my third Conservative Party conference: I encountered many energetic and optimistic Young Conservatives (YCs) who shared my once glowing optimism. I also encountered many older, veteran Tory members who didn’t share that level of enthusiasm but rather stubbornness to defend the tired, mediocre and boring status-quo of conservatism. Dislike some aspects of Tory policy? Lib Dem Labour leftwaffe loony. Want more houses built? Not in my borough you’re not. Want a better Britain? Woke. This is not an environment in which young conservatives’ interests are welcomed.

The biggest barrier to any centre-right young person voting Tory is the lack of commitment to homeownership by the government and by local associations. This can be divided by examining the demand side and supply side aspects of this issue. On the demand side, the government has failed to lower net immigration to the ‘tens of thousands’ since 2017, inevitably resulting in more homes being occupied and thus shooting up house prices. On the supply side, the government consistently promises a bold target of housing that mysteriously fails to come to fruition. Why? Partially the threat of Lib Dems sucking up the core Tory vote of older, relatively wealthy voters on the local council level that run on the platform of NIMBYism. Also, however, a shared generational trait of stubbornness and disdain for the future generation, that cannot be denied. Some may be aware of a certain Vox Pop of a Somerset Conservative councillor by Times Radio urging young people to be ‘more realistic’ on homeownership. Help-to-Buy is not good enough: if the government is failing to meet housing targets, betraying their promise to cut immigration and local councillors/backbench MPs actively opposing housing development then what is there for the next generation to achieve in society and thus conserve?

On this theme of holding a stake in society, young people want to see a vision resulting in them reaching personal milestones along the same trajectory as their parents. They want to choose life. They want to choose a career, choose a family, choose a starter home. These facets are the fundamentals to sustaining conservatism and thus the Conservative vote for generations to come.

To quote Australian Prime Minister Robert Menzies’ Forgotten People speech ‘Now, what is the value of this middle class, so defined and described? First, it has a “stake in the country”. It has responsibility for homes – homes material, homes human, and homes spiritual.’ Look to those nostalgic Conservative election posters championing ‘New homes for a million folk last year’ from decades gone by. The solution is there: Homes for Britons and Make Every Briton a King. Combine populist messaging to deliver basic conservative policies and the Zoomer vote can be tapped into and thus sustain the long-held notion that people gradually become more conservative as they get older.

What is to be Done?

To view the Corbynite Momentum movement, despite however left-wing this organisation is, serves as a good example of how the youth can be energised and organised. Momentum serves as a hub for welcoming radical policy proposals that can be relatively easily pitched to MPs and thus become party policy. Let us not forget that the Monday Club essentially was a right-wing Momentum in the 1980s advocating for ‘radical’ policies such as curbing immigration, ‘cancelling’ left wing agitators such as Ken Livingstone and Gerry Adams, and condemning the European Economic Community. God forbid those things ever happened today.

The Conservatives have become too scared of radicalism in the present day. The conference agenda is tightly controlled and so is the Conservative Policy Forum and, too, the Young Conservatives organisation. Margaret Thatcher is consistently idolised at conference yet in a caricature manner, rather than understanding that it was her radicalism and commitment to the strong state and free economy that energised a generation of conservatives. Sadly, the Labour Party is much better at listening to its youth grassroots. Young Labour members feel more welcome, their ideas are welcomed by the party leadership, and they are energised. The CCHQ led organisation of the Young Conservatives’ only function in the present day is to connect YCs to campaigning opportunities and little beyond that. Treating YCs merely as free labour to campaign for policies which do not directly benefit them is not a sustainable strategy for future elections.

What is the alternative? Ignore the next generation of conservatives and the Tory Party will find its vote share steadily declining as years go on. Real wages have stagnated since the 2008 Financial Crisis and today’s average house prices are between 12 and 24 times the average workplace-based earnings in 23% of local authority areas. This gives today’s youth no reason to vote Conservative but rather to destroy the system (the free market) which has failed them. Recall that 42% of 18–24-year-olds voted Tory in 1979 and 1983. Today that number is less than 10%. My generation are not ‘woke’ en masse, my generation is more attracted to a bold, hopeful and alternative vision – as consistently hammered by the idolised Jeremy Corbyn. Look to Hungary and Poland, who have eliminated income tax for under 25s, and 26s in Poland respectively, and you will discover an attractive and successful environment for young conservatives to emerge from.