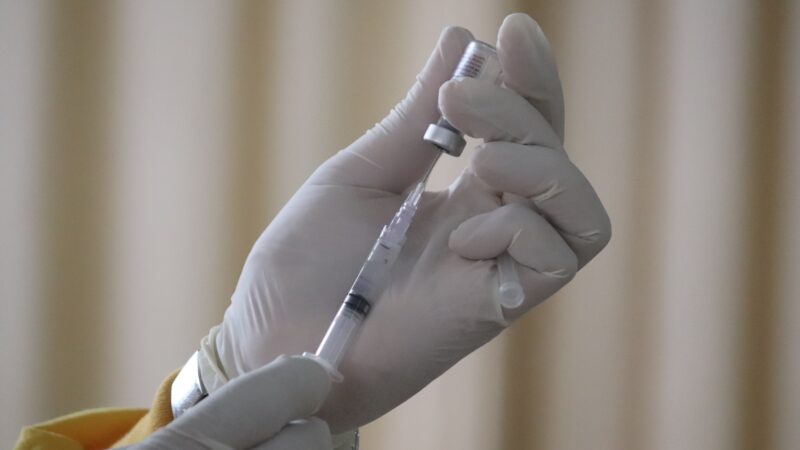 By Maximilien Lacour — 3 weeks ago

At the time of writing, the UK is facing a sharp rise in cases of the novel Omicron variant. As a result, after a relatively normal summer and autumn, the government has now enacted ‘Plan B’, a series of non-pharmaceutical interventions (NPIs) including mandated mask wearing as well as work-from-home and vaccine passport recommendations, all intended to slow the virus’ spread. Further, despite having previously denied having any intention of doing so, it now appears to be floating the possibility of a third national lockdown or lockdown lite, limiting indoor dining (in winter…) and socialising. Amidst this, the government’s messaging continues to be that Omicron’s defeat lies in widespread uptake of the covid vaccine’s booster dose, which is not really surprising as we had previously been warned that the emergence of new variants would likely require cycles of booster jabs. This may not seem like terribly controversial advice in a country like the UK where, up until now, vaccine acceptance has been high. However, it is naïve to assume that all those who accept the jab do so for the same reasons. And, by that token, short-sighted not to consider the negative impact that another lockdown (or indeed the mere threat of one) could have on future levels of vaccine acceptance amongst some.

Given the toxicity of vaccine discussions (consider, the boogieman figure of the antivaxxer as the epitome of wilful ignorance and callousness, even before covid), the vaccine-hesitant report being unlikely to share their reservations with vaccine-acceptant peers for fear of encountering derision or scorn. As a result, vaccine accepters seldom have to engage with anything other than a David Icke-esque caricature of vaccine hesitancy. This obscures how, far from belonging to separate realms of ‘reason and science’ and ‘irrationality and conspiracy’, vaccine attitudes exist on the same spectrum, tipped by out-and-out refusal and full acceptance, and filled in by a gamut of vaccine hesitancies. Similarly, the binary outcomes of a vaccine decision (either you get jabbed or you don’t) obscure how people with different degrees of hesitancy will opt to receive covid vaccine but, given their differing stances, may respond differently to future policy changes regarding boosters and lockdowns.

Through a study based on a series of online surveys March 15th and April 22nd, 2021, academics from Swansea University identified at least two sorts of attitude amongst accepters of the covid vaccination. Being vaccine-accepters, both had received at least one dose of a covid vaccination or indicated their intentions to do so when it was offered to them.

However, whereas ‘full-accepters’ experienced few qualms about their decision to get jabbed, often just seeing it as an extension of a well-established social-norm, ‘accept-but-unsure’ accepters were more ambivalent, thus flirting with vaccine hesitancy. Though they did accept a jab (or said they would when it came to it), they did so with some concerns about its safety and effectiveness.

In explaining their eventual decision to accept the vaccine, they emphasised a trust in science (“I was a bit suspicious… but the science today compared to years ago is outstanding isn’t it?”) and sense that, whatever their reservations, the vaccine was in some way necessary to allow for a return to ‘normality’. Vaccination was seen as “the only way forwards, to get on with our lives”. Anecdotally, I find that this certainly chimes with my experience of social media last spring when Twitter was briefly aflood with clips of fully vaccinated Israelis rediscovering the pleasures of legal public-gatherings and indoor dining, and promising a happier, freer summer than the last. More academically, surveys carried out by the ONS this

September found that 65% of previously hesitant accepters gave a desire for restrictions to ease and life to return to normal as one of their motivations for getting jabbed (interestingly, only 21% gave potential vaccine passports as one of theirs but this is another story).

Importantly, this recognition of the vaccine’s necessary role in our return to normality often involved a recognition that this was not a ‘one off’, that is, that there would in all likelihood be cycles of boosters in response to novel variants of the virus. It was largely recognised that as these emerged, we would need to continue receiving jabs to protect normal life and stave off life-destroying NPIs like lockdown.

This means that for some accepters, vaccine acceptance is a trade-off between some degree of hesitancy and a desire to see normal life resume. They got jabbed (and accepted that they would need to do so again in the future) on the understanding that this guaranteed their ability to live as before. As a result, the UK government’s re-threatening of this ability each time crisis looms may start to gnaw at these people’s levels of vaccine acceptance. If each time numbers climb my being vaccinated is not enough to protect normality from threat, the accept-but-unsure accepter might think, why should I swallow my hesitations and continue to accept the jabs? Though there are surely those who (for whatever reasons) will accept round after round of booster as necessary, even as authority continues threaten their civil society and flourishing, I think that it would be naïve to assume that this will be the case of all those who accepted the first, second and even third jab.

I do not know what the scale of this problem is, the quantitative research into various types of vaccine acceptance in the UK seems somewhat limited. However, if we are to trust government’s claim that the already limited numbers of unvaccinated people pose a significant threat to public health, whilst also seeing how they are unlikely to respond positively to coercive measures like vaccine passports, I do not see how adding to their future numbers would not be, on the government’s own terms, damaging to the effort against covid. Resorting once more to anecdote, over the last fortnight or so, I have heard more than one (generally young) person express their grumpiness at having to accept a third, and potentially fourth, jab given the limited risk the virus poses to them and the disruptions the fresh barrage of NPIs has caused in their lives. However minor this problem turns out to be, the government needs to consider the impact that their continued treatment of normality as a privilege could have on some people’s future vaccine acceptance.