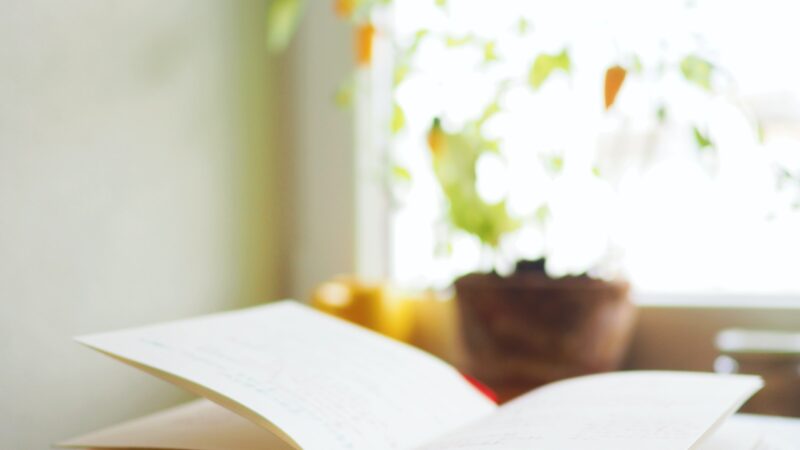 By Ryszard L Legutko — 2 weeks ago

A rarely remarked upon effect of Covid-19 has been the neglect of works that would have ordinarily garnered broader acclaim. Thus, as we’ve been distracted by the medical events, an assortment of commendable offerings have largely escaped public attention. One such work is ‘The Demon in Democracy: Totalitarian Temptations in Free Societies’ by Polish academic and European Parliament member, Ryszard Legutko. Originally published in 2012 as Triumf Człowieka Pospolitego (Triumph of the Common Man), then edited and first appearing in English in 2016, Legutko’s book is a rare recent work of real import. A decade on from its original publication, Legutko’s book is still one of the best indictments yet of our liberal age

In a similar vein to the works of Christopher Lasch and John Gray, Legutko’s is an account that is tepid towards the Thatcherite consensus that has come to define the right whilst resisting the easy overtures of our dominant left-liberalism. It’s a book that illuminates the errors of the age as it rejects the pieties that our epoch demands.

Like Ed West, Michael Anton and Christopher Caldwell, Legutko is one of few contemporary writers willing to provide an honest account of the liberal status quo. By not succumbing to our assorted unrealities, Legutko is able to articulate the inadequacies of liberal democracy without the pusillanimous equivocation that’s sadly all too prevalent. The book is thus a welcome addition to what is an otherwise bleak scene for the conservatively inclined, entrapped as we are in the all-pervasive mould of liberalism.

Such commendations aren’t restricted to this reviewer, however. Figures such as Harvard’s Adrian Vermeule and Notre Dame’s Patrick Deneen have been equally effusive. For as Vermeule wrote:

“Legutko has written the indispensable book about the current crisis of liberalism and the relationship of liberalism to democracy”, while for Deneen the book is a “work of scintillating brilliance. [With] every page…brimming with insights.”

High praise, undoubtedly, yet it’s well vindicated upon reading. The central thesis is that despite an outward appearance of difference, communism and liberal democracy share a range of similarities. An observation that appears prima facie preposterous, yet after 180-odd pages of tightly-packed prose the reader is unable to avoid this unsettling insight.

The rationale for this claim is as such: both are inorganic systems that involve unnatural impositions and coercive zeal in their pursuit of illusory utopias. Utopias that are to be achieved practically through technology and ‘modernisation’ and buttressed theoretically by the purported fact of human equality. The two are thus historicist projects, seeking to ground human affairs in delusions of ‘progress’ in lieu of any underlying nature.

Both platforms are thus mere dogma. They are, as Legutko states:

“Nourished by the belief that the world cannot be tolerated as it is and that it should be changed: that the old should be replaced with the new. Both systems strongly and – so to speak – impatiently intrude into the social fabric and both justify their intrusion with the argument that it leads to the improvement of the state of affairs by ‘modernizing’ it.”

The two systems are hence unable to accept human beings and political affairs as they actually are: man and the polis must be remoulded along the lines of each respective ideology. For the communists, this involves the denial of man’s natural egotism and the subordination of his individual efforts towards an ostensible communal good. That this requires extreme coercion in implementation, unfathomable violence in practice, and has been deemed a delusion since at least Plato’s Republic, is a tragedy that’s all too commonly known.

So far, nothing new. Yet it’s the author’s elucidation of the unsavoury aspects of liberal democracy that is of particular note, especially for us here at the so-called ‘end of history’ and in light of the easy-going liberalism that permeates our societies, even as they slip further and further into evident decay. As Legutko suggests, liberal democracy shares a proselytising urge akin to that of Leninist communism, yet it’s as equally blind to its theoretical errors and its evangelical impulses as was its communist forebear.

As Legutko sees it, a liberal-democratic man can’t rest until the world has been vouched safe for liberal democracy. Never mind that this liberal-democratic delusion requires a tyranny over the individual soul – we’re neither wholly liberal nor democratic – and entire groups of people. An emblematic example is the recent US-led failure to impose either democracy or liberalism (terms that Legutko fuses and distinguishes, as appropriate) on the largely tribal peoples of Afghanistan.

The justification for this liberal-democratic ‘imperialism’ is, of course, its final and glorious end. Once there’s a left-liberal telos insight, then all means to its achievement are henceforth valid. For the communists, their failures are now common lore. Yet for our liberal-democrats, their – still largely unacknowledged – fantasies continue apace, aided as they are by their patina of ‘enlightened improvement’ and by the imperial patron that enables them.

That the effects of all this liberalising are unnatural, usually unwanted and often utterly repulsive to the recipients tends not to matter. Like all movements of ‘true believers’, there is no room for the heretic: forever onward one must plough.

The ideological spell cast by liberalism is thus as strong as any other. As Legutko observes:

“The liberal-democratic mind, just as the mind of a true communist, feels as inner compulsion to manifest its pious loyalty to the doctrine. Public life is [thus] full of mandatory rituals…[in which all] must prove that their liberal-democratic creed springs spontaneously from the depth of their hearts.”

With the afflicted “expected to give one’s approving opinion about the rights of homosexuals and women and to condemn the usual villains such as domestic violence, racism, xenophobia, or discrimination, or to find some other means of kowtowing to the ideological gods.”

A stance that is not only evident in our rhetoric, but by material phenomena as well. One need only think of the now-ubiquitous rainbow flags, the cosmopolitan billboards and adverts, the ‘opt-in’ birth certificates, the gender-neutral bathrooms, the Pride parades, the gender-transition surgeries, the biological males in female events and so on to confirm the legitimacy of Legutko’s claims and our outright denial of physiological reality.

Indeed, here’s Legutko again: [the above] “has practically monopolized the public space and invaded schools, popular culture, academic life and advertising. Today it is no longer enough simply to advertise a product; the companies feel an irresistible need to attach it to a message that is ideologically correct. Even if this message does not have any commercial function – and it hardly ever does – any occasion is good to prove oneself to be a proponent of the brotherhood of races, a critic of the Church, and a supporter of homosexual marriage.”

This sycophantic wheedling is practised by journalists, TV morons, pornographers, athletes, professors, artists, professional groups, and young people already infected with the ideological mass culture. Today’s ideology is so powerful that almost everyone desires to join the great camp of progress”.

Thus whilst the tenets of liberal democracy clearly differ from those of 20th Century communism, both systems are akin in their propagandistic essence, as he writes:

“To be sure, there are different actors in both cases, and yet they perform similar roles: a proletarian was replaced by a homosexual, a capitalist by a fundamentalist, exploitation by discrimination, a communist revolutionary by a feminist, and a red flag by a vagina”.

Variations on this theme inform the entirety of the book and are developed throughout its five chapters: History, Utopia, Politics, Ideology, and Religion. Whilst there is some overlap, the book is written with a philosophical depth reflective of Legutko’s status and which only a few contemporary writers can muster. As Deenen remarks:

“I underlined most of the book upon first reading, and have underlined nearly all the rest during several re-readings. It is the most insightful work of political philosophy during this still young, but troubled century”.

Yet the book isn’t exclusively an arcane tome. Aside from Legutko’s evident learnings, what further enhances the work is the author’s ability to draw upon his own experience. Born in the wake of the Second World War, raised in the ambit of Soviet communism, and employed in the European Parliament in adulthood, Legutko’s is a life that has witnessed the workings of both regimes at first hand.

The author recalls that the transition from communism to liberal democracy was greeted with an early enthusiasm that soon devolved into disenchantment.  As he states, any initial exuberance steadily subsided, with Legutko sensing early on that “liberal democracy significantly narrowed the area of what was permissible – [with the] sense of having many doors open and many possibilities to pursue [soon evaporating], subdued by the new rhetoric of necessity that the liberal democratic system brought with itself.”

An insight which deepened the longer he worked within that most emblematic of our institutions of modern-day liberalism: the European Parliament. He writes:

“Whilst there, I saw up close what…escapes the attention of many observers. If the European Parliament is supposed to be the emanation of the spirit of today’s liberal democracy, then this spirit is certainly neither good nor beautiful: it has many bad and ugly features, some of which, unfortunately, it shares with communism.”

Even a preliminary contact…allows one to feel a stifling atmosphere typical of a political monopoly, to see the destruction of language turning into a new form of Newspeak, to observe the creation of a surreality, mostly ideological, that obfuscates the real world, to witness an uncompromising hostility against all dissidents, and to perceive many other things only too familiar to anyone who remembers the world governed by the Communist Party”.

And it is this tyrannical aspect of liberal democracy to which Legutko ultimately inveighs. After some brief remarks on the eclipse of the old religion (Christianity) at the hands of the new, Legutko’s parting words are an understandable lament that liberal-democratic man – “more stubborn, more narrow-minded, and…less willing to learn from others” – has vanquished all-comers. As he adds:

“With Christianity being driven out of the main tract, the liberal-democratic man – unchallenged and totally secure in his rule – will become a sole master of today’s imagination, apodictically determining the boundaries of human nature and, at the very outset, disavowing everything that dares to reach beyond his narrow perspective.” A sad state whereby “the liberal democrat will reign over human aspirations like a tyrant”.

In this regard, Legutko’s remarks echo the German proto-fascist-democratic-dissident, Ernst Junger, who ‘hated democracy like the plague’ and saw the triumph of America-led liberalism as an utter catastrophe. A posture which is also evident in Junger’s compatriot and near contemporary, Martin Heidegger, and in his notion of the ‘darkening of the world.’

Yet it’s perhaps the most famous German theorist of all, Friedrich Nietzsche, to whom we should finally turn and in whose light Legutko ends the book. Largely accepting the popularised Hegelianism of Fukuyama – that there’s no alternative to liberal democracy – Legutko nevertheless muses over whether our current status as Zaruthustrian ‘Last Men’ is a concession we must make to live in this best of all possible worlds or an indictment of our political and spiritual poverty.

As he concludes, the perpetuation of liberal democracy “would be, for some, a comforting testimony that man finally learned to live in sustainable harmony with his nature. For others, it will be a final confirmation that his mediocrity is inveterate.”

A more accurate precis of our current situation I’ve yet to see, and one of many such reasons to read this most wonderful of books.