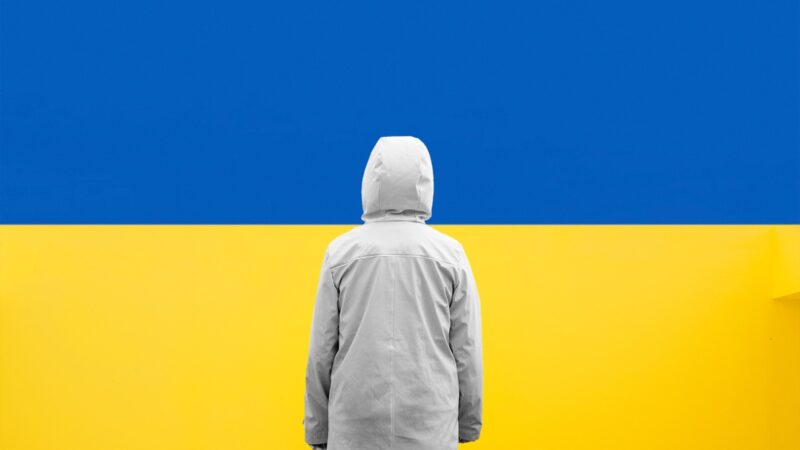 The discussion has never been stupider.

The relative infrequency in which western audiences are exposed to war means that every time a conflict breaks out, enormous advances occur not just in technology or strategy, but in culture too. Whilst the First World War showed the power of industrialisation, the Second showed the potential of modern media to be harnessed as propaganda and the Gulf War demonstrated the importance of emergent 24hr news coverage.

Those who have followed the war in Ukraine through Twitter may have noticed a similar cultural shift. Russia, whose information warfare capabilities have been for so long held up as an aspirational standard for other nations, appears to be losing the battle online. Even well-paid RT journalists who were quite happy to continue shilling through the poisonings in London and Salisbury, the Russian downing of an airliner and the annexation of both Donbass and Crimea are now resigning – shocked to find unfriendly propaganda being produced by their own organisation.

The news is not that the Russians have, in PR terms, been internationally out-maneuvered. They are the aggressor (and a much more powerful one at that), they’re non-Western and non-democratic. The government does not respect liberal values – or human life. There was never much support or sympathy for Putin or his regime overseas and many are taking the side of Zelensky. Rather, the noticeable shift has been in the way that Ukraine has been discussed online and in how support for Ukraine is being expressed. What we are witnessing is not so much the lionisation of Ukraine as the Marvelisation.

In order to make sense of complex foreign events, people have always had to distort and simplify in order to find a frame of reference they understand. It’s why so many of our baby-boomer politicians end up talking about Munich and appeasement. The horrors of Nazism are the defining moral event of our modern age, to which our revulsion is universal. With such a point established, it is easy for people to rely on it to establish the defined evil of the opposition position, mawkishly conjuring images of them taking the noble and justly defiant stand of David Low: ‘Very well, alone.’

The frame of reference for Boomers is the Second World War. But for the terminally online generation, it is Marvel films. Post-invasion, Marvel’s The Winter Soldier began to trend as the conflict was compared to the film. The number of people replying ‘Yo, Thanos fr?’ to this obvious meme tweet is deeply troubling – the fact it had to be taken to a fact checker even more so. People are campaigning for Jeremy Renner to be cast as Volodymyr Zelensky. There is a dangerously high number of tweets achieving near apocalyptic-levels of cringe by depicting the Ukrainian leader as ‘Captain Ukraine.’ But why would anyone compare a real-life conflict with a superhero film? The people committing these atrocities against intellect are desperately seeking a cultural reference to fit into a narrative of good vs evil, and sadly the narratives with which they are most familiar are Marvel ones.

The use of both Marvel and the Second World War as rhetorical devices have much in common. For groups with relatively little understanding of international relations, of diplomacy or history, both offer a reference point that is almost universally understood. Marvel’s films achieve titanic viewing figures, and we must not forget that boomers grew up in a world where the Second World War was still a common subject for films and programmes. That means, at least, that there is a common understanding, and ensures that everyone is roughly on the same page.

The clear-cut ‘good guy vs bad guy’ narrative of Marvel films, much like the universal revulsion to the crimes of the Nazis, also provides an easily defined good vs. evil narrative, of just war, deo et victricibus armis. Once you identify yourself and your chosen side with Winston Churchill – or Ironman – you have taken position on the moral high ground. It is a way to dismiss the position of your opponents and establish your own as self-evident without worrying too much about the niceties of debate. There is no room for subtle nuance, for allowing that perhaps there has been a categoric failure of western foreign policy in the build up to Ukraine, or that appeasement was a sensible, logical policy borne from Chamberlain’s calculation that the longer war could be delayed, the better Britain’s chances, as James Levy argued. Relying on the black-and-white nature of Marvel or the Second World War means a debate has no room for nuance – indeed, this is rather the point. There is no room for Kissinger’s constructive ambiguity – the extent of the understanding is limited to them BAD, we GOOD.

The use of Munich as a parallel for everything in international relations should be derided. There are some cases in which it is a genuinely useful historic parallel; but in the main, it is a poor example that betrays a lack of understanding. Prior to the invasion, for instance, Tobias Ellwood MP called for a ‘Churchillian approach’ to the crisis. What Ellwood meant was that his course of action would have been Churchill’s – brave, daring, bold. Any other potential action was Chamberlain’s – servile, cowardly, fit only for the effeminate nursings of the seraglio. Given that Churchill was perfectly prepared to assign Eastern Europe as a sphere of Russian influence in the Percentages Agreement, Ellwood’s call was deeply historically inaccurate, but it did at least serve to remind us that he has both the heart of a lion and the brain of a sheep.

The use of Marvel as a parallel for anything in international relations should also be derided. Every mention of a character from a superhero film in discourse this important should be greeted the way my girlfriend greets me when I get home from work – with thinly veiled contempt. They are a way to infantilise a complex situation. Watching films, as with all visual media, requires perception rather than conception. Marvel films don’t require understanding, insight or intelligence – the good will eventually win out, as it always does. Gasp as the superhero defeats the bad guy just in time to save the world for the 4,927th time running.

Marvelisation is deeply crass, as crude and unrefined as the oil western nations are still dependent on Putin for. But it is not solely driven by a lack of empathy. The main driving factor is more simple. It is content platforms doing what they do best; producing content. There is a gaping chasm in the timeline, and it must be filled with content. Ukraine is more than a war; it’s a chance to go viral, to close a real, discernible gap in the race for retweets.

A war set to displace and kill thousands seems an odd place to seek new content from. But it is not a new phenomenon. In The Gulf War Did Not Take Place, Jean Baudrillard posited that the slick media presentations, such as Norman Schwarzkopf’s ‘Mother of All Press Conferences’ and constant media coverage from the new 24-hour news channels made it essentially impossible to identify what actually happened. Since the Gulf War, the internet has only accelerated this process of conflict becoming content. War has become a hyperreal simulacrum, indistinguishable from other forms of visual media. War is to be consumed. As Zelensky films himself walking around Kiev, the Twitter hive-mind of Marvel audiences immediately turns to Jeremy Renner because they are almost totally unable to distinguish the real world of war, of which they have no experience,  from that of Marvel, which they are deeply familiar. For them, watching Ukraine unfold is no different to watching a new show. For Ukrainians, it is a grim daily reality.