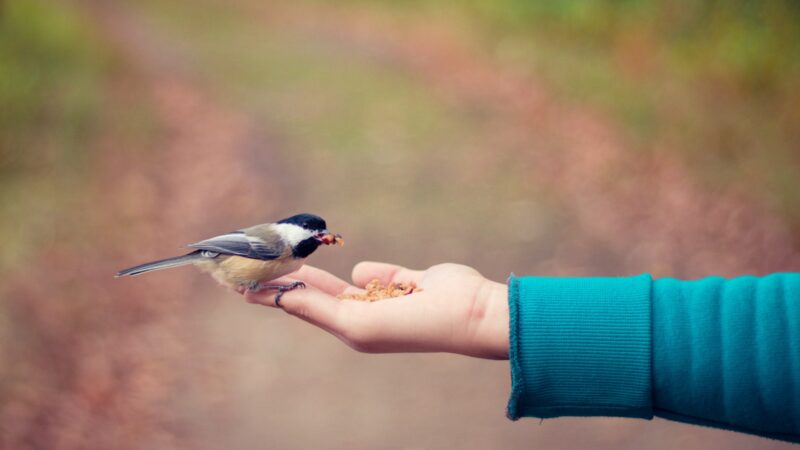 Audubon’s Legacy of Birds and Tomfoolery

By Dinah Kolka — 2 weeks ago

For someone who has anger issues, entering the Audubon’s The Birds of America exhibition was like entering a whole new world. Upon the entry, I saw giant screens showing details from Audubon’s work and I could hear quiet bird noises in the background. It was an incredibly calming experience, as much as one can consider stuffed birds and plates depicting birds massacring another bird calming. Naturally, this wasn’t the centre of the exhibition – it truly celebrated the skill and the creativity of the bird illustrator with a passion for nature.

The exhibition is running in the National Scottish Museum in Edinburgh from the 12th of February to the 8th of May of this year. It displays over 40 plates, each measuring almost one metre in height. Most of them have never actually been shown to the public before. It is split into 4 sections, each of them with its own theme – the first one, ‘Meet the Birds of America’ introduces the ‘world’s most expensive book’ and Audubon, in general.

John James Audubon was a 19th-century ornithologist and naturalist. He made a point of studying and cataloguing the birds he encountered in their natural habitats. A son of a sugarcane plantation owner and a chambermaid, he must have had a conflicted childhood. Audubon moved to the US to avoid participation in the Napoleonic Wars – and focused on birds instead.

The second section of the exhibition titled ‘An Art and a Science’ examines the influence of other illustrators on Audubon as well as the scientific, or sometimes quasi-scientific context. With the Industrial Revolution clashing with the Romantic movement, the transcendental search for nature was at its peak. The illustrations at the time were generally quite dull due to drawing from taxidermy and lifeless study skins.

Audubon, however, made a point of painting directly from wildlife, by personally hunting the birds and sometimes getting others to hunt for him. He would then paint the birds he gathered by pinning them into lifelike poses observed in the wild. This resulted in his art being vivid and life-like. He didn’t want to paint the taxidermied birds as he felt this would take away their lively spark from them. He was known for sometimes romanticising the birds he saw in the wild, for example when painting the Mocking Bird, in which a rattlesnake attacks birds in a bush, where it would be impossible for a rattlesnake to do so. Audubon would also sometimes add more human behaviours to the birds to allow the audience to relate to the birds. He was sometimes accused of not exactly presenting the truth.

The third part of the exhibition called ‘Audubon in Edinburgh’ explores the role of Scottish intelligentsia in ensuring that Audubon was embraced by the art society, after his rejection by the scientific community in Philadelphia. He befriended William Home Lizars and started engraving. Edinburgh was central to Audubon’s beginnings as a bird illustrator, making it extremely relatable to the Scottish audience, and it became somewhat a privilege to live in the same city where Audubon once found inspiration and was embraced by the art world.

The fourth section called ‘The Great Work: The Making of a Masterpiece’ deals with technical and artistic achievements. There are short films available for those whose attention span is longer than mine. However, this section also shows the bound edition of Birds of America which is extremely large (100 x 130 cm when open). Audubon insisted that the illustrations would show the birds life-size. Only two paper mills in the UK were capable of printing these, as he used a double elephant folio which is 96 x 66 cm. For those who are capable to rotate shapes in their head, this number will probably mean a lot.

The fifth section ‘Naturalist or Showman’ focuses on his contribution to discovering new species. Audubon identified 25 new species. This part of the exhibition explores some of the ‘controversies’, for example, Audubon was known for his strong belief in phrenology, the science which is now deemed ‘pseudoscience’ by some. Phrenology suggests that one can find details about someone’s personality from their skull shape. Seeing what kind of person he was, he probably used phrenology to mock his rivals. He was often accused of plagiarism and scientific fraud due to misidentifying some species and fabricating scientific data. Sometimes he invented new species to impress people who might then buy his work. Reportedly, he even stole the specimen of Harris’s hawk from his subscriber to then pretend he never knew him. He also lied in his own autobiography.

The sixth and final section of the exhibition ‘Birds of the World’ considers the impact of the modern era on the preservation and extinction of many birds. Some, such as the Carolina parakeet is entirely extinct – they used to always flock in large groups which made it easier for the hunters to kill them. They’ve also been considered a pest by farmers, which contributed to their demise. The exhibition ends on a thoughtful note, advising us to consider the repercussions of human behaviour on the natural world.

This prompted many conversations, such as the possibility to clone the extinct animals using their DNA tissue, however, so far, this was only tried with Pyrenean Ibex in 2003, but this one died not long after from lung defects. It might be a way forward in the future though.

The exhibition was a visual feast for the eyes and the birds are engraved and painted beautifully. The sheer skill of Audubon’s art is undeniable, and it trumps any accusations he received. He may not have been rigidly adhering to the scientific advice, but he created something that’s still worth looking at. Audubon inspired George Bird Grinnell to create the National Audubon Society in 1905 (although the idea goes back as far as 1895 when the first Audubon Society was created). The organisation protects the birds and their habitats in the Americas. If you like birds, you can donate here.

Audubon’s exhibition included a wealth of important items, including some study skins of birds and many taxidermized birds as well as his diaries, plates, and his hunting double-barrelled rifle. The exhibition is beautiful, thoughtful and certainly fascinating. For anyone who craves the return to transcendentalism and ancient values – it’s a feast for their eyes. If you fancy a trip to Edinburgh before the end of the exhibition on the 8th of May – make a point of stopping by at the National Scottish Museum to look at some birds, I strongly recommend it.