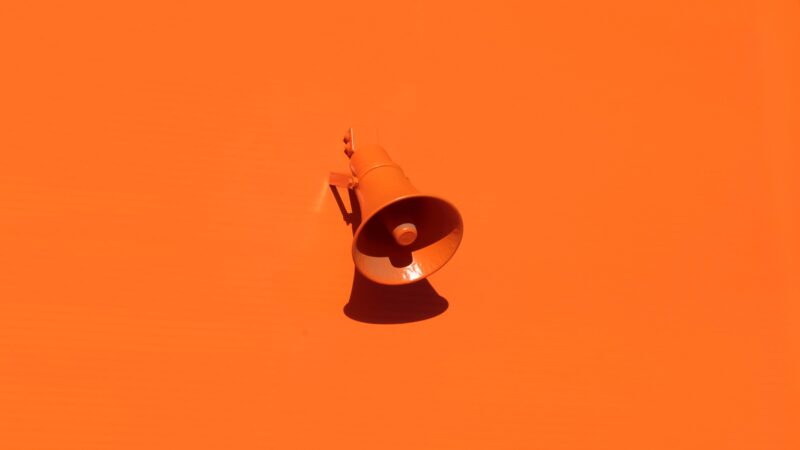 Why We Won’t Publish the Word ‘Woke’

By The Mallard — 2 weeks ago

As of today, the Mallard is no longer publishing articles that include the word ‘woke’, in either print or online.

Too many submissions, not just to the Mallard, but other publications – have become reliant on this word to explain away current trends that people find unappealing, yet cannot articulate why beyond anything other than this word. It is the responsibility of all outlets to contribute to the public discourse, and when a word, concept, idea, or individual, fails to contribute to the discourse – they have to be removed.

When pundits of the right use ‘woke’, they are using a word spawned by the online Left to denote their being ‘awake’ to the ‘injustices’ of the world, which are usually spawned from an ideological conviction rather than an actual understanding of the complex issues of the world. It suggests these people – the ‘woke’ left – are awake to the things that we are not, as if they have some deep insight that surpasses the average person. It is simply the latest expression of ‘real consciousness’ derived from Marxism.

Of course, we all know that the word is used sarcastically – but to use it at all is to make the eternal mistake of the Right, and to fight the Left on their own terms. We have been making this mistake for seventy years, and to reverse this trend, we need to stop appealing to their language, their values, their goals.

But even when the word is used derisively, it adds virtually nothing. Issues around pronouns and bathrooms pale in comparison to the economic, cultural, and demographic changes brought about by the respective trends of globalism, liberalism, and immigration. There is nothing substantively different in the current cultural trends than in the previous cultural trends. What is happening today should not be described with a new word, because what is happening today is not new. That is the reality of where we are now – ‘woke’ is not sufficiently different from what came before it to really merit a separate topic of discussion. It is just an extension of the logic of the sexual revolution, the Civil Rights era, and the great liberalisation of the last sixty years.

One of our assistant editors, William Yarwood, last year recorded a short podcast begging us to stop calling groups like Antifa ‘fascists’ or the Left ‘the real racists’, and recognise that they are just communists. Stop calling the Left ‘woke’ as shorthand for a broad range of things you just ‘don’t like’.

It is useless to say ‘look, I agree with what they stand for, I just don’t like how they’re going about it’. Then your disagreement is technical, it is not fundamental, so really you’re just the ones putting the brakes on their movement. They will come for you eventually, so you might as well recognise that now.

Calling something ‘woke’ is a lazy caricature that lets (what passes for) the right wing commentariat get away with murder; the liberals of yesteryear are allowed to displace conservative voices in media, politics,  and culture. They pretend, in their sarcastic overtones, that leftists are weak and hypersensitive, when in reality they want to put children on hormone blockers, let men into womens’ changing rooms, open our borders to people who hate us, and teach the next generation that they have nothing to gain from the civilisation that birthed them.

These individuals are not weak. These people are not hypersensitive. Instead, they pass laws to put people in prison if they so much as joke about them. The notion these people are weak is a reflection of decades of failure of conservatives to actually do anything about them. If these individuals were weak, they would not find it so easy to break down the barriers that protect the most vulnerable in society: women and children.

These are not just simple activists, by the way. They are in our institutions, running our universities, pioneering our civil service, ‘decolonising’ our curricula, all the while entrenching their culture by building parallel careers that have no real world purpose or function. The massive, tumorous growth of the ‘human resources’ machine has seen to it that busy body unemployable humanities graduates have a reason to exist once more, only now it is self-perpetuating cancer that simultaneously cannot abide the existence of leftist heresy whilst relying on it like a parasite.

And as we see continuously, the online right is just as bad. If there are necessary discussions about poverty, living crises, genuine injustices that actually harm peoples’ lives, the right shrieks ‘woke!’ in such a hypersensitive way that the actual discussion disappears behind parody and caricature. TalkRadio’s infamous Mike Graham recently told an Extinction Rebellion member that we can ‘grow concrete’ in an effort to ‘own the lib’ – to which the XR member, who is stupid for different reasons, was left speechless. By consequence, Mike Graham made XR look reasonable – an own-goal, if ever there was one.

When war broke out in Ukraine, it was necessary for the right to attempt to make sense of it. This was done well in some circles – with people drawing attention to the Realist school Regardless of your thoughts on the Realist school, it was undoubtedly an intellectual contribution to the discourse. If you looked at the mainstream discourse however, you would know nothing of this contribution. Instead, it became another flashpoint to discuss this word, those they associate with it, and how these people were ‘weak’, ‘hypersensitive’ and made it so we were incapable of fighting a war against Putin.

It couldn’t possibly be that nuclear war is a possibility, or even – as the neoconservative lobby implicitly recognises but refuses to admit – that we have nothing to gain from getting involved in the war. No, it must be the woke. We end up in some perverse eternal Spy vs Spy scenario, where ‘woke warriors’ seek out racism/sexism/whateverism in any place they can find it, while the ‘common sense rightists’  only try to define what they consider ‘woke’ to make it work, rather than criticise it on its own grounds.

So we are not publishing the word any longer. Here is a list of publications that are likely interested: The Sun; TalkRadio; The Critic; Compact; Breitbart; GB News. I am sure they will find your work fascinating. We won’t.