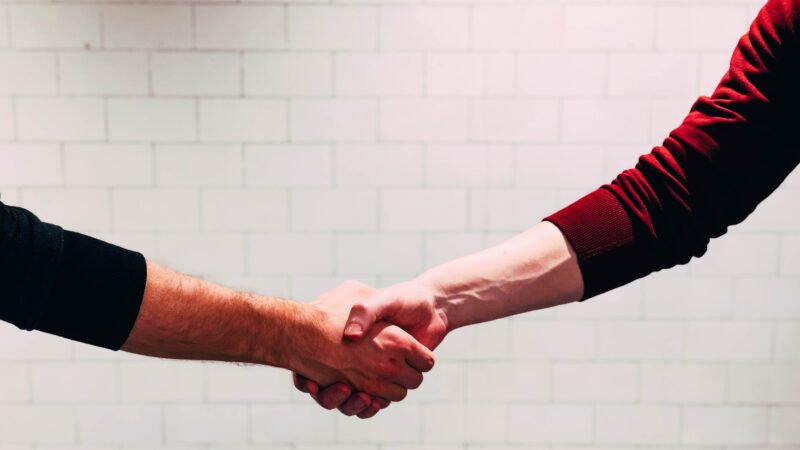 The Anglo-American Alliance: Neither Special Nor Subserviant

By Ojel Burgos — 3 weeks ago

The ongoing crisis between Ukraine and Russia has once again put into the limelight the strong Anglo-American alliance in foreign affairs. Both the United Kingdom and United States have been resolute in their efforts to avert a crisis by diplomatic dialogue and agreement. Their rhetoric has also been aligned in telling Putin to back down and warning of a “barrage of sanctions” for Russia’s invasion of  Ukrainian sovereign territory. These threats have been backed up by  the severe sanctions imposed against individuals linked to Putin’s regime.

The Anglo-American alliance has a long history beginning with the ‘great reproachment’ (1895-1915), where both countries’ interests aligned leading to the alliance in the First World War. Despite the United States’ isolationism after the Great War, the Second World War brought the two countries together again in opposing Fascism and Communism leading to Winston Churchill’s in 1946 describing the alliance as the ‘special relationship.’

The ‘special relationship’ has seen the US and the UK standing side by side during the Cold War, Gulf War and the War on Terror. Hence, it shouldn’t be surprising that the US and UK have acted together and within the same foreign policy line during the Russia-Ukraine crisis. Furthermore, the level of intelligence, military and economic cooperation is unparalleled between major powers in the international sphere. The latest example of this cooperation is the security pact between Australia, the United Kingdom and the United States known as AUKUS in response to the growing power of China in South-East Asia.

This strong alliance between countries is also reflected in the strong relationship between US presidents and British prime ministers. The most notable example is the relationship between Ronald Reagan and Margaret Thatcher. Leaders who shared the same political and philosophical outlooks and had a common disdain for communism. Similarly, the ‘bromance’ between Tony Blair and George W. Bush particularly in relation to the Iraq War is reflective of how strong an alliance can be when both leaders get along. Simply being political soulmates, however, is not a necessary prerequisite for a strong relationship.

This strong relationship between countries and leaders has also resulted in accusations that Britain is America’s lapdog adopting policy positions to please the United States. Since the UK has usually followed American foreign policy positions.This is, once again, an overly simplistic view of British Foreign Policy. We only need to look into the modern history of the Anglo-American alliance to see these two countries disagreeing when their national interests are at loggerheads . For example, British and American interests collided in the 1956 Suez crisis when President Eisenhower forced Britain to back down in its intervention in Egypt, Harold Wilson’s refusal to send British troops to Vietnam, David Cameron’s approach to China and the US invasion of Grenada. These examples aren’t reflective of Britain’s lapdog status or a special relationship, but of a realistic relationship between two powers.

The Anglo-American alliance is strong because both countries share many interests, namely, security and free trade. Crucially it is also a pragmatic alliance, where both countries will not entirely agree on everything since foreign policy is directed at maximising the interests of the state. This maximisation of interests leads both countries to take the path that best suits their interest. If the UK’s and US’s interests coalesce or not this merely reflects the volatile nature of foreign affairs.

The alliance should not be viewed as a special relationship nor as an alliance where the lesser power unquestioningly follows the greater power. Understanding this is vital to demonstrating the alliance’s significance to the preservation of peace, security and economic prosperity domestically and internationally. Hence, the strong ties between the US and the UK will continue to be pivotal to coordinating the west’s response to the ongoing war in Ukraine. In short, The United States and the United Kingdom are partners, but it’s time to have a more realistic view of their relationship instead of categorising it as either special or subservient.

Ojel Rodríguez Burgos is a Policy Fellow of The Pinsker Centre, a campus-based think tank which facilitates discussion on global affairs and free speech. The views in this article are the author’s own. 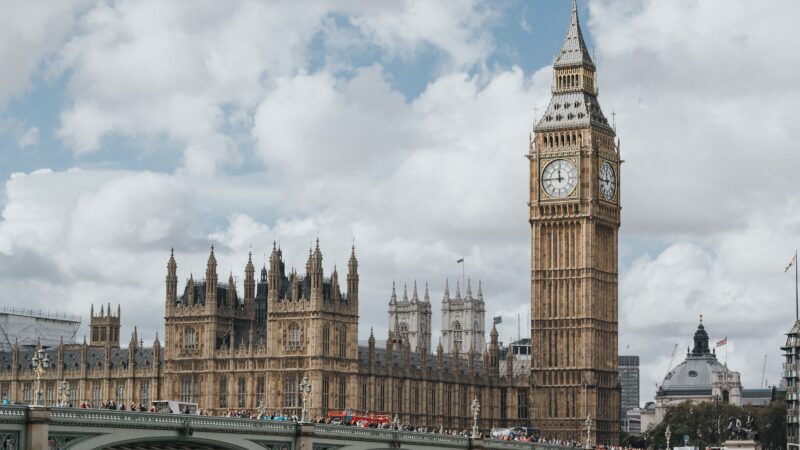 By Ojel Burgos — 3 weeks ago

Post-Liberalism is a term that is often used in our discourse with far-reaching implications for the future of British politics. It refers to a vision of society opposed to Francis Fukuyama’s claim of the ‘End of History’, and the inexorable expansion of liberalism. A post-liberal society is therefore one where liberal ideas such as individual freedom and treating people with equal respect, as well as government and juridical neutrality, are left behind. The decline of such principles has clear risks for the nature and quality of political discourse, such as occurred in the vituperative nature of interactions between some ‘Remainers’ and ‘Brexiteers’ post- 2016 referendum.

Political polarisation is, however, most noticeable in the formation of the woke left and the populist right, which have filled the vacuum left by the weakening of liberalism in Britain. How can Britain avoid a dichotomous post-liberal future? I argue that an important alternative is still available, one that entails a reaffirmation of the British way of life guided by the institutions, values, traditions and history that have made Britain a free society.

The first ideological force seeking to divide Britain is ‘wokeism,’ a neologism that has come to the forefront of political debate during the past decade. The woke left in Britain aims to create a moral identity for Britons, predicated on specific characteristics such as race, gender and sexuality. The widespread application of this ideological force would render the individual almost servile to woke culture.

Thus, individuals are told to think, say and write only narratives that are branded as ‘correct’. The latest example was the hounding out of Kathleen Stock from the University of Sussex for having ‘incorrect’ views about gender. This shows that wokeness seeks to paint British values such as free expression as something wholly ‘bad’. Such a reductionist approach totally neglects the positive, inclusive and forward-looking nature of much of British society.

Furthermore, wokeism also led to a rise of the second divisive trend in post-liberal politics – the ascension of the p and social coopulist right. Populism is a stance and rhetoric of politics that claims to speak for the silent majority or ‘the common person’ against the liberal, and increasingly ‘woke’ establishment. Right-wing populism builds on these themes by leaning on rhetoric and policies that foreground at least one of the following: economic nationalism, ethnic nationalism, and conservatism. Through these, right-wing populists claim to give voice to the people neglected by the modern liberal society. Giving voice to the people has amounted to unrestrained authoritarianism, with the populist right presenting itself as the messianic solution to all the problems of society.

Although the woke left and the populist right have different political objectives, they possess remarkable similarities. Namely, both see the ballot box as the sole legitimiser of their actions, and their populist rhetoric constructs a battle between ‘oppressors’, the establishment, and the ‘oppressed’ masses. Finally, both seek to hijack the power of the state in order to achieve their political aims, in the name of some intangible promise of a better future, for specific social groupings, whether that is specific ethnic minorities or the white working classes. These political aims are summed up in slogans such as “Black Lives Matter” and “Take Back Control”. Consequently, post-liberal Britain is presented with ideological forces which seek to undermine the very freedoms that have made this country great.

In this reality of two ideological extremes, we must pursue ‘a middle way’. This approach is called the British way of life, centred on the moral life of the individual. This moral life is demonstrated through the ability of individuals to choose and act in accordance with often unwritten norms and traditions. This helps to mitigate the effects of cumbersome bureaucracy as symbolised by Whitehall and Holyrood, which squeeze the freedoms, lifestyles and preferences of the individual. The British way of life should, therefore, centre on a view of freedom, where individuals have the autonomous power to choose their own conception of the good life. However, this view does not mean advocacy for a licentious free-for-all society. The moral life requires individuals to appeal to social institutions such as the community, religion, and the family. Only this approach to politics will be able to temper the excesses of wokeism and right-wing populism.

In short, the British way of life centres on the importance of choice, rights and duties, fundamental to a free society. This nurtures a healthy society, where people’s individuality is shaped by our community, values, history, traditions, and their own choices. Therefore, Britain should be fearful of attempts to change our religious, historical, habitual practices in favour of ideological preferences over the role of the state, speech, statues etc…

To conclude, wokeism and right-wing populism seek the concentration and preservation of power they approve of, by either appealing to social justice and identity politics, or to populist rhetoric. In face of this, politics should affirm the moral identity of the individual. A uniquely British way of life, therefore, remains the best defence against the divisive forces of post-liberalism.

Ojel L. Rodriguez Burgos is a Policy Fellow of The Pinsker Centre, a campus-based think tank which facilitates discussion on global affairs and free speech. The views in this article are the author’s own.