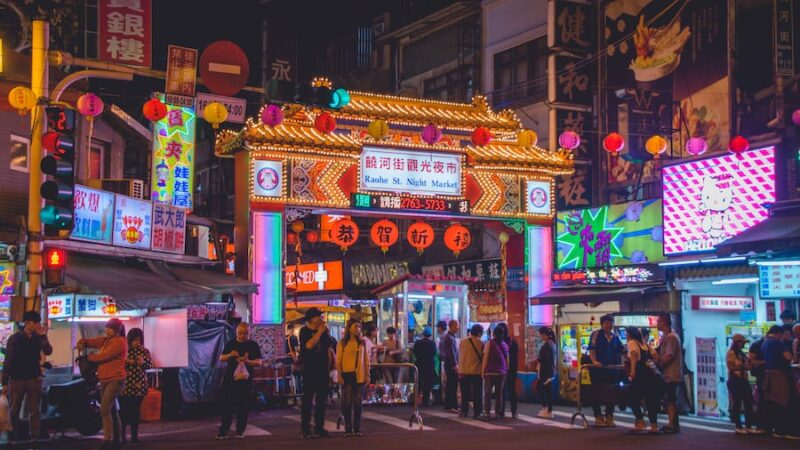 Why Taiwan Will Probably Survive Against a Chinese Invasion

By Nathan Wilson — 2 weeks ago

Since the Russian invasion of Ukraine earlier this year, many have turned their attention towards Taiwan and China. It has been no secret that since 1949, China have sought to reunify the island with the mainland and that Taiwan has sought to resist. However, I argue that for Taiwan this decade will be vitally important and that if it can survive the next ten years then it will probably outlast mainland China.

Regarding the Russian invasion of Ukraine, I argue that demographics play a greater role than what has been initially stated. When you have a largely aging society like Russia has, the nation’s political elites know and understand that there is a limited timeframe in which they can act. The reason for this is because, they understand the current size of potential army recruits remains at the largest it is going to be for the foreseeable future.

As too it has been argued that Russia sought to invade Ukraine now because of this reduction in young people and the need to secure the nation’s geographic security gaps that are presently open. Consequently, I argue that China is no different with these problems and the need to secure its own political goals regarding Taiwan.

Subsequently, since 1949 China has been defiant about its position on Taiwan and its strategic messaging to the rest of the world about it. Alongside this, China will have needed to take Taiwan by the latest 2027.

This is because of similar demographic reasons that an aging China has started to face, mirroring the structural conditions that plague Russia’s desire to act while it still can.

If we take the fact that China is the fastest aging society in history, and that it needs to achieve all its goals by the year 2049, we are left with two very interesting intersecting factors at play.

If we work backwards from the year 2049, the targeted symbolic year of a hegemonic Chinese nation we can start to be presented with a better image and a potential reunification timeline that could unfold. That gives us a twenty-seven-year gap from present, in which they will need to achieve this.

Typically, it takes twenty years for a generation to occur, as noted by Strauss and Howe. This period will be important because it will be the benchmark for which unification normalisation will start to begin. What this will allow is the full political annexation of Taiwan over to mainland China. This is because a full generation of normalisation needs to happen, to make sure all political issues can be worked out and solved when being cored happens.

We can observe similar processes occurring in both Hong Kong and Macau, but as shown China does not have fifty years to fully transfer sovereignty to the mainland. Therefore, a mere generation will be the minimum for which China can hope to achieve this change.

We do not have much historically to compare too when regarding modern Island nation invasions but if nations like Ukraine and Afghanistan are to be models for Post-Cold War invasions and occupations, then it is deeply unlikely that an invasion’s success would be achieved in the space of a month.

However, working on the core assumption that China can peacefully walk straight into the island and the straight the process of sovereignty transfer right away. This would leave us with the year 2029 to start this process immediately in theory.

Secondly, if a drawn-out conflict would occur to fully control the island, this would take arguably two-five years depending on the resistance put up by Taiwanese soldiers and citizens alike. If we take a conservative estimate and say it will take two years of conflict to fully pacify the nation (something unprecedented in modern history). This would leave us with the year 2027, just five years from now, for which invasion can occur to reach China’s own deadline of 2049.

I argue that Taiwan will have plenty of time to both prepare and acknowledge a basic timeline of how China will seek to act. This becomes especially relevant due to the geographic conditions of the island and its 180km distance between itself and the mainland. It will be almost impossible to sneak up on the nation or launch a full amphibious assault. In addition, any Chinese military build-up will be noticed and will give the Taiwan several months to directly prepare for an invasion.

This is not withstanding neighbouring nations, that will be brought into interfering in any potential conflict, especially with the QUAD nations being heavily reliant on Taiwanese business.

Yet, we have ignored one core thing that still matters and that is China’s demographic position. The nation similarly to Russia is approaching a massive demographic bust moment, in part due to its over thirty years of negative fertility rates. Subsequently, the chances of China invading Taiwan remain unlikely at 20%, in the long term when regarding the next five years. As such, this has been best documented by both Hoie and Darley, both have demonstrated the difficulty on China’s part towards achieving this aim.

However, if they do China will not be able to hold the nation, just like how both the Soviet Union and the West could not hold Afghanistan. The outcome of this will be catastrophic for the Chinese nation state, on not just a political level but on a civilisational one too.

Taiwan will continue and will eventually survive, against Chinese aggressions. This is in part because of the decreasing likelihood of China of securing its desired timeframe due its fast-approaching demographic bomb.